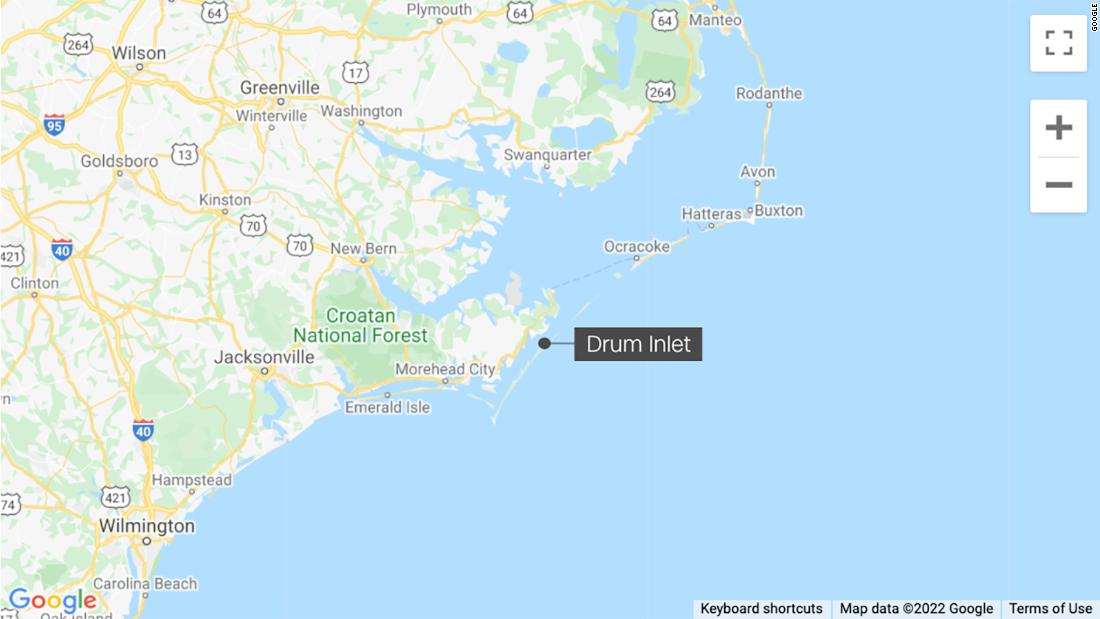 The search for the seven others who went missing Sunday evening continues, but “we have no indication that anyone survived the crash,” Carteret County Sheriff Asa Buck told reporters at a press conference Monday, according to WITN.

Debris from a plane was found at that location near Drum Inlet on Monday morning, US Coast Guard Petty Officer Steve Lehmann told CNN earlier.

A Coast Guard command center received a report from an air traffic controller at Marine Corps Air Station Cherry Point that the plane, a Pilatus PC-12 single-engine aircraft, was seen “behaving erratically” before disappearing from the radar screen, the Coast Guard said in a news release.

A lifeboat crew and a small boat crew was launched to help with the search, as well as a helicopter crew from Air Station Elizabeth City.

The Coast Guard is using drift patterns to estimate the best place to search, Lehmann said.

The National Transportation Safety Board is investigating the crash, its media relations division tweeted.
Gov. Roy Cooper expressed gratitude for the state and local agencies assisting the Coast Guard and other first responders. “Our prayers and deep concerns go to the families and loved ones of the passengers,” he tweeted.

CNN’s Jennifer Henderson and Theresa Waldrop contributed to this report.