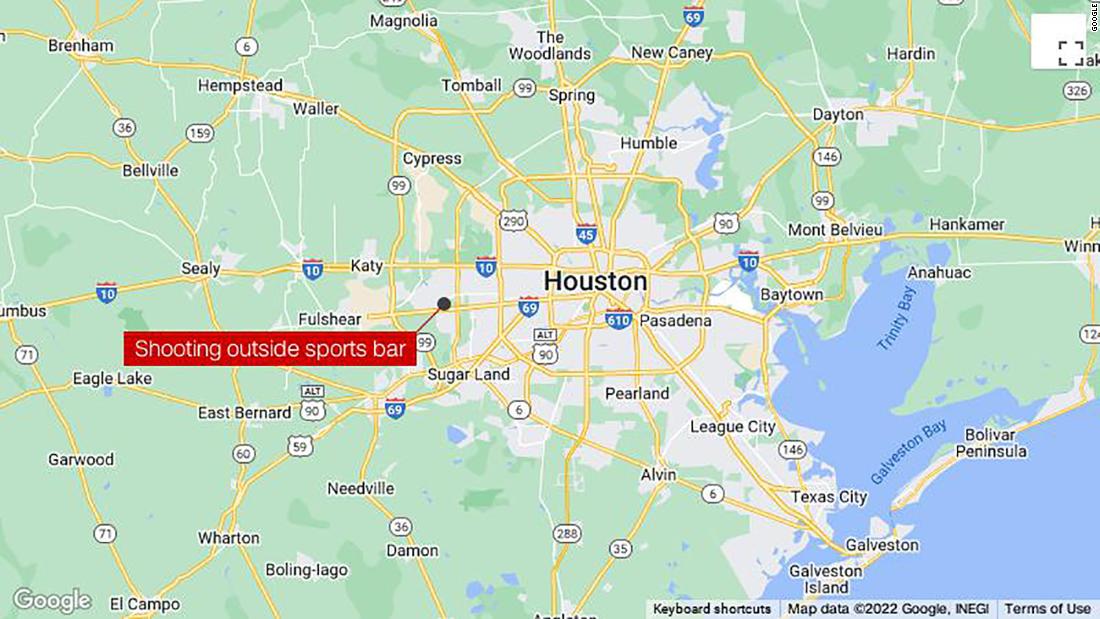 Investigators have identified “everybody that was shooting” in the parking lot of Al’s Sports Bar just outside western Houston, Harris County sheriff’s Sgt. Dennis Wolfford said, though no arrests or charges were immediately announced.

A fight started inside the bar around 12:50 a.m. CT and “spilled out into the parking lot, where multiple people pulled out firearms from both sides of the disagreement,” Wolfford said.

“Shots were fired from both sides,” he said.

A man died, and two other males and a female were injured and sent to hospitals, the sheriff’s office said.

Their names and details about what led to the fight were not immediately released. Wolfford described the conditions of the injured as stable.

Investigators will review “video footage that’s here,” Wolfford said, without elaborating. They’ll eventually contact the district attorney’s office to see if charges will be accepted, or if the case will be presented to a county grand jury, he said.