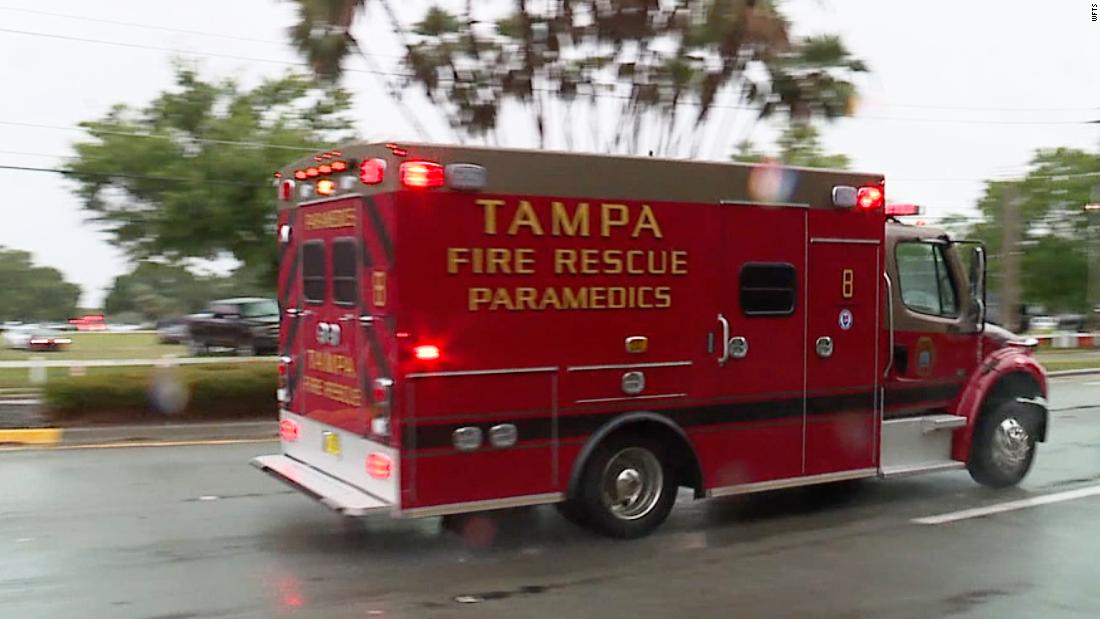 A man in his 60s and a woman in her 20s were struck in the parking lot of Raymond James Stadium in Tampa. They were taken to a hospital and were stable, Tampa Police spokesperson Jamel Lanee’ said in a statement.

No other details were released.

The Tampa Bay area was under a slight risk of severe weather Saturday, the National Weather Service said. Possible tornadoes, strong winds and hail were forecast, the NWS said.
The odds of being struck by lightning in a given year are about 1 in 500,000, according to 2013 data from the US Centers for Disease Control and Prevention.

Florida is considered the nation’s “lightning capital,” with more than 2,000 lightning injuries over the past 50 years, the CDC explained.