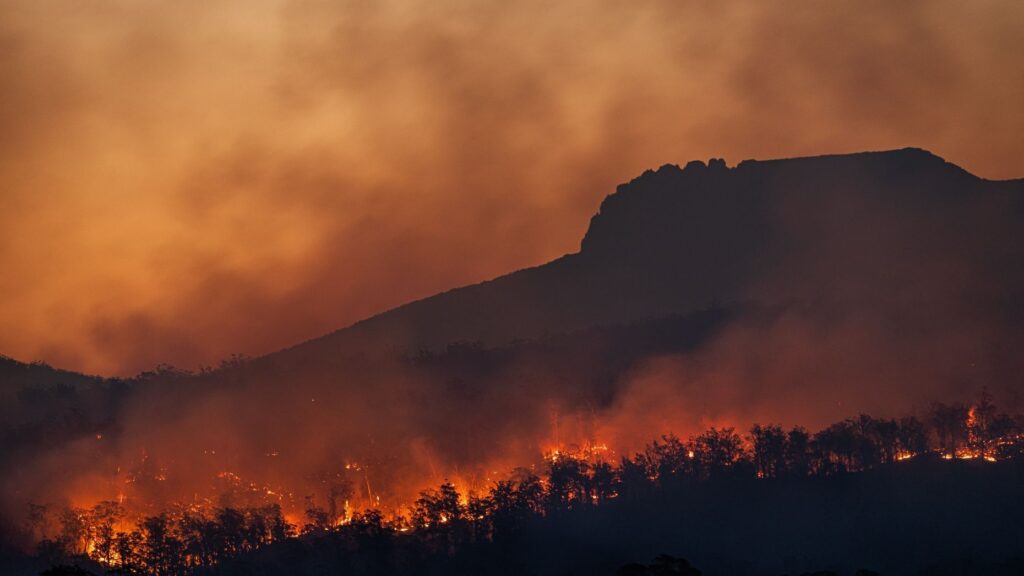 The year saw 20 separate climate and weather disasters wreaking at least $1 billion in damages each in the U.S., according to an annual report from the National Oceanic and Atmospheric Administration.

The year 2021 saw 20 separate climate and weather disasters wreaking at least $1 billion in damages each in the U.S., according to the annual report from the National Oceanic and Atmospheric Administration (NOAA).

The year was riddled with climate disasters of all kinds, including freezing temperatures across Texas and parts of the Midwest, raging wildfires in the West, tornadoes in the Southeast and tropical storms and flooding on the East Coast, all of which incurred damage amounting to about $145 billion.

The damage makes 2021 the third-costliest weather year ever for the U.S., and the four tropical storms Elsa, Fred, Ida and Nicholas made up half of the total cost in damages for the year.

The U.S. also hit its fourth-hottest year on record in 2021, spurred by an unusually mild December felt prominently on the East Coast. A total of 10 states hit their hottest December ever, including Alabama, Arkansas, Kansas, Louisiana, Mississippi, Missouri, Nebraska, New Mexico, Oklahoma and Texas.

The report arrives as President Biden works to revive his Build Back Better bill, which includes the country’s largest climate investment to date. Senator Joe Manchin has thus far held up the $1.75 trillion bill’s passage in the Senate. Without the climate investment, experts say the US won’t be able to meet its pledge to cut greenhouse gas emissions to 50 percent below 2005 levels by 2030.

The NOAA’s report puts into sharp relief the physical and economic pressure climate change is wreaking on Americans.

“The data highlights a worsening and undeniable trend that underscores the reality of how the climate crisis is already affecting every region of the country,” Rachel Cleetus, policy director for the Climate and Energy Program at the Union of Concerned Scientists (UCS), said in a statement responding to the report. “We simply cannot adapt to runaway climate change … Fossil fuel companies and their allies shouldn’t be allowed to stand in the way of desperately needed climate action.”

The NOAA’s analysis further shows that the average number of annual billion-dollar disasters that occurred in the last five years was 17.2, in sharp contrast to an average of 5.3 that took place during the 1990s. The inability for building regulations to keep up with climate change has also resulted in increasingly costly disasters.

“Much of the growth has taken place in vulnerable areas like coasts, river floodplains and the wild land urban interface,” Adam Smith, an applied climatologist at NOAA said in an analysis from January 2021. “Vulnerability is especially high where building codes are insufficient for reducing damage from extreme events.”