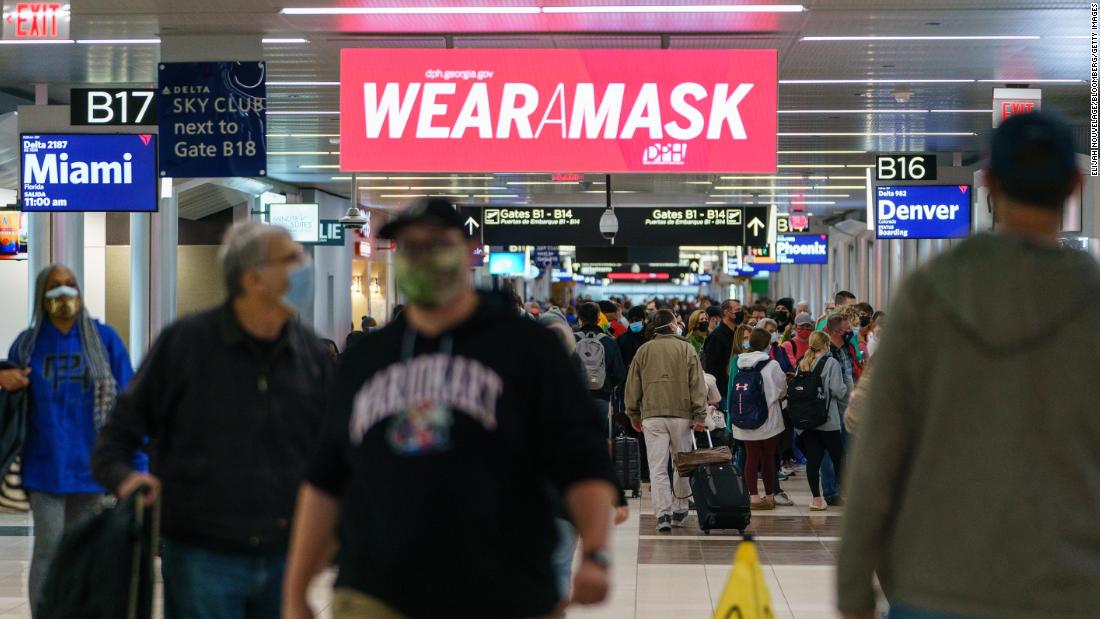 The latest lawsuit, led by Florida and joined by 20 other states, asks a federal court in Florida to “issue permanent injunctive relief enjoining Defendants from enforcing the mask mandate.” The states’ claims include that the policy is an abuse of federal emergency powers.

The US Centers for Disease Control and Prevention did not immediately respond to CNN’s request for comment. The Transportation Security Administration declined to comment.

The lawsuit marks another push by governors around the country to throw out President Joe Biden’s federal public health order, which requires travelers to wear masks on airplanes, buses, trains and boats, as well as in airports and other transportation hubs. Last month, Texas filed a separate lawsuit in a longshot bid to scrap the President’s Covid-19 health measure.

Separately, groups of airline employees have also sued the administration this month seeking to block the mask requirement from ever being re-imposed.

The lawsuits filed by 10 pilots and nine flight attendants ask courts, in identical language, to issue a “permanent injunction prohibiting CDC and Department of Health and Human Services from ever again issuing a mask mandate for any sector of society since Congress has never approved this.” The government has not yet filed responses to the lawsuits.

The CEOs of the nation’s largest airlines and the union representing Southwest Airlines flight attendants have also urged the Biden administration to lift the measure.

The mandate remains in place through April 18 after the administration issued a one-month extension.