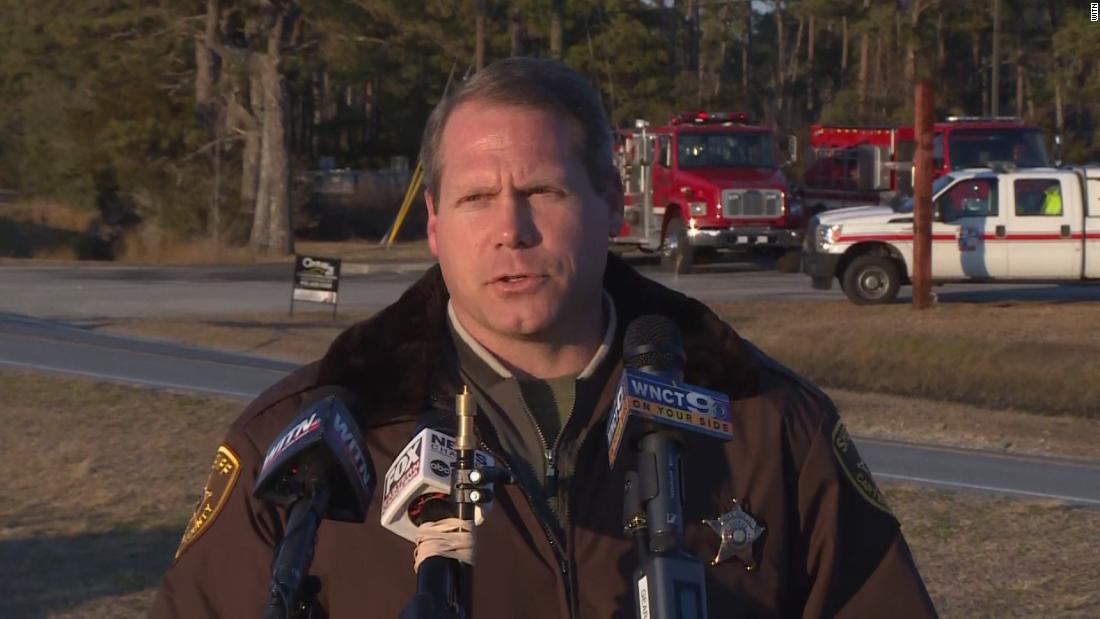 The group was scheduled to return to Beaufort, North Carolina, following a hunting trip in Hyde County, the sheriff’s office said in a statement.

According to the sheriff’s office, the passengers were all from North Carolina. They were pilot Ernest Durwood Rawls, 67, and his son, Jeffrey Worthington Rawls, 28, both of Greenville; Stephanie Ann McInnis Fulcher, 42, Jonathan Kole McInnis, 15, and Douglas Hunter Parks of Sea Level; Noah Lee Styron, 15, of Cedar Island; Michael Daily Shephard, 15, and Jacob Nolan Taylor, 16, from Atlantic.

“The Carteret County Sheriff’s Office would like to extend our deepest sympathies and condolences to the families in these extremely difficult times,” the statement said.

“We are extending those sympathies and condolences to the families who are missing loved ones and to the family whose family member’s body has been recovered,” Wank said.

CNN reached out to the United States Coast Guard for comment on search and rescue efforts but did not hear back.

Carteret County Sheriff Asa Buck told reporters at a news conference Monday that there was “no indication that anyone survived the crash.”

Debris from a plane was found near Drum Inlet, where the plane is believed to have gone down, on Monday morning, US Coast Guard Petty Officer Steve Lehmann told CNN.

An air traffic controller at a Marine Corps Air Station alerted the Coast Guard to the aircraft, which was seen “behaving erratically” Sunday before disappearing from the radar screen, according to the Coast Guard.

The National Transportation Safety Board is investigating the crash, its media relations division tweeted Monday.