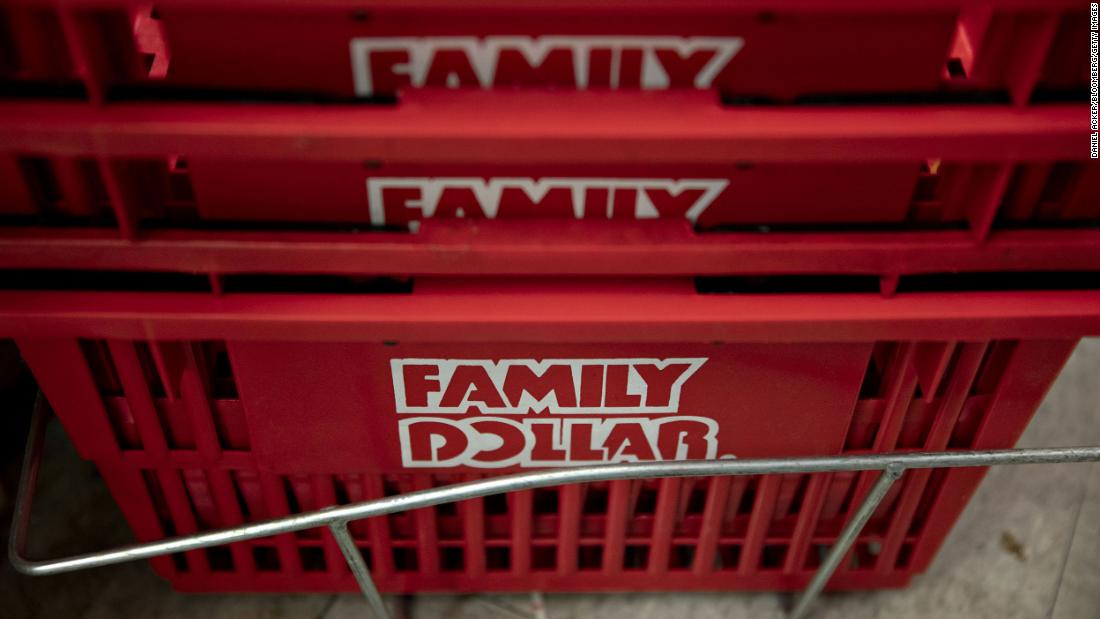 “Live rodents, dead rodents in various states of decay, rodent feces and urine, evidence of gnawing, nesting and rodent odors throughout the facility, dead birds and bird droppings.” Foul stenches and odors and droppings “too numerous to count.”

A federal review of company records indicated more than 2,300 rodents were discovered in 2021, “demonstrating a history of infestation.”

“No one should be subjected to products stored in the kind of unacceptable conditions that we found in this Family Dollar distribution facility,” Judith McMeekin, the FDA’s associate commissioner for regulatory affairs, said in a statement.

But the picture of the distribution center, which ships products to stores, did not come as a shock to many in Memphis, where Family Dollar temporarily closed its more than 60 stores clustered in the city’s predominantly Black and low-income neighborhoods. The closures have left an an access gap for residents to buy food and essentials.

The conditions are part of what city leaders describe as a history of Family Dollar neglecting the health and safety concerns of its customers and employees in Memphis. Some community leaders have revived calls for a boycott of the chain.
The distribution center in West Memphis was not the only Family Dollar to have rodent infestations in recent years. Family Dollar stores in Las Vegas, Sacramento, Richmond, Miami Gardens, Pittsburgh, Canton, New York and other areas had to close down over the past few years because of rodent infestations.

Some experts say these issues point to a larger pattern of neglect at Dollar Tree, Family Dollar’s parent company, which acquired the chain in 2015 and has a long record of worker safety violations.

A company spokesperson said in a statement that it was committed to quality products and a safe environment for customers and workers.

Dollar Tree said the most effective way to conduct a recall of impacted products was to temporarily close stores that received shipments from the distribution center. The distribution center is back open and operating at a limited capacity and the company is reopening Family Dollar stores gradually.

The company takes “this situation very seriously” and is cooperating with regulatory agencies and “in the process of remediating the issue,” the spokesperson said.

The state of Family Dollar, which has around 8,000 US stores, is of particular importance in Memphis because of the limited retail options available for customers in the city who are poor and don’t have easy access to cars or public transportation.

“I don’t think this would happen in a wealthy neighborhood,” said Vickie Terry, the executive director of the Memphis NAACP chapter. “I don’t think things would have gotten this bad.” The NAACP has been giving away free $150 gift cards to shoppers who purchased unsafe items at Family Dollar and are struggling to find other options.

Family Dollar is a lifeline to many in a city where more than a quarter of residents live below the poverty line. In some neighborhoods, Family Dollar is the only nearby store shoppers can buy food — albeit little selection of fresh groceries — and everyday items.

“Most of the clientele of these stores are underprivileged Black folks who don’t have good transportation to go other places,” said Rev. Leonard Dawson. “They need the same quality and safety as anyone else.”

A group of Memphis church leaders, community activists and other city and county officials have fought to improve conditions at Family Dollar since 2019.

That year, Dawson and other pastors and local leaders protested Family Dollar because of garbage, boxes and debris piling up outside stores, rodents, cluttered merchandise on shelves and other issues.
County health officials then ordered at least one Family Dollar store to shut down because of unsanitary conditions, including rats in the store. The county’s environmental court cited Family Dollar stores numerous times for quality-of-life violations like garbage piling up, according to news reports.

Local officials in Memphis met with Family Dollar representatives at the time, and company officials pledged to improve.

Community activist Patrica Rogers, who has spearheaded the effort to pressure Family Dollar with actions like posting photos of stores in disarray on her Facebook page, said things did get better briefly after those promises.

But they quickly deteriorated again.

“This is the way they do business in our community,” she said. “They don’t treat us like family but they want our dollars.”

The company did not respond about conditions at Memphis stores or city leaders’ complaints.

In 2021, the Labor Department’s Occupational Safety and Health Administration said Dollar Tree inspections over the prior five years led to penalties of more than $9.3 million.

Dollar Tree has “a history of not taking the safety of its workers and customers seriously,” Danelle Jindra, an OSHA official in Florida, said last year.

David Michaels, a former administrator of OSHA from 2009 to 2017, said in an interview that agency inspectors found stores were often understaffed and had inadequate storage room to keep goods. Boxes would pile up in backrooms and block the exits, creating a “fire trap,” he said.

A company spokesperson said it was “committed to complying with all applicable federal, state and local occupational health and safety laws and appropriate industry standards.”

Some of the conditions stem from the company’s labor model, which relies on thinly staffed stores and low overhead, said Scott Mushkin, a retail analyst at R5 Capital.

The company pays some of the lowest wages in the retail industry and is more vulnerable to staff turnover and hiring challenges in tight labor markets such as the current one, according to analysts.

Family Dollar stores were in poor condition when Dollar Tree acquired the business in 2015, he said. Although Family Dollar has renovated thousands of stores in recent years, many stores under both banners are still poorly maintained.

“The controls on the business don’t seem to be where they need to.”