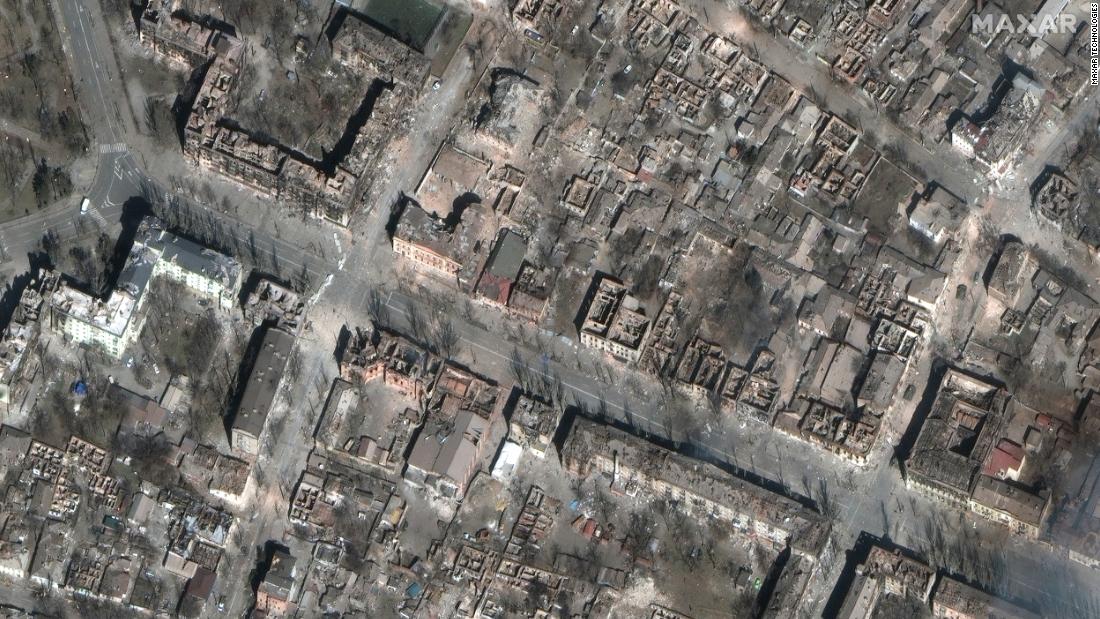 Here’s what you need to know to Get Up to Speed and On with Your Day.

(You can get “5 Things You Need to Know Today” delivered to your inbox daily. Sign up here.)

Russia’s defense ministry said the country will “drastically reduce military activity” in the Ukrainian cities of Kyiv and Chernihiv after a round of peace talks in Istanbul yesterday. However, US officials are skeptical of the claims, and the situation on the ground shows a Russian offensive in full force. Ukrainian officials say there was no reduction in hostilities overnight, and no area in the country was without sirens as the siege persists. New images and video from cities like Irpin and Mariupol show the extent of the destruction, with entire blocks obliterated. US leaders are facing pressure to form a united front against Russia and its neighboring allies, but a well-supported bill to suspend normal trade relations with Russia and Belarus is languishing in the Senate because of split priorities and a looming recess.

Official White House records show a gap of more than seven hours in the call logs of then-President Donald Trump on January 6, 2021 as violence unfolded on Capitol Hill, The Washington Post and CBS News reported. That’s a massive gap in communication during a critical time, and now House investigators are looking into whether Trump communicated through other means during those hours — for instance, through burner phones or other people’s devices. The call logs were part of the records turned over earlier this year by the National Archives to the House select committee investigating the January 6 attack. Meanwhile, in an interview with JustTheNews, Trump continued a pattern of soliciting foreign help for domestic political affairs when he called on Russian President Vladimir Putin to release any damaging information he has about the Biden family.

As expected, the FDA has authorized a second Covid-19 booster shot for adults over the age of 50 as soon as four months after their initial booster dose. The CDC has also given its permissive recommendation to the move, which means the agency doesn’t outright recommend it, but acknowledges it is something people can do if they want. There is general scientific agreement that third Covid-19 doses help strengthen immunity against severe illness from the virus, but the science is far from settled on when, or even if, fourth doses might be needed. Complicating things even further is the rise of the extremely contagious BA.2 variant, which is now the dominant coronavirus strain in the US.

Indigenous Canadian leaders and survivors of Canada’s residential schools met with Pope Francis at the Vatican on Monday, seeking a papal apology for the Catholic Church’s role in the deadly and damaging residential schools system. Hundreds of unmarked graves were discovered last year on the grounds of former residential schools in British Columbia and Saskatchewan, and Canada’s Truth and Reconciliation Commission has reported that more than 4,000 Indigenous children died either from neglect or abuse at the schools, many of which were run by the Catholic Church. During this week’s meeting, the delegation asked the Pope to consider if the church should use its resources to help with work linked to the discovery of unmarked graves on residential school properties.

A controversial election overhaul effort in Georgia has stalled after a state Senate committee gutted the massive bill following complaints from both parties that it was complicating their work in an election year. The bill sped through the GOP-led state House earlier this month, but now faces a time crunch as the Georgia General Assembly is set to adjourn next Monday. The initial overhaul would give the state investigations agency authority to initiate election fraud probes, and calls for public inspection of original paper ballots and limits on third-party donations for election administration. The only part of the bill the state’s Senate Ethics Committee chose to keep was a requirement that employers provide time off for workers to vote during the early voting period. The decision was praised by voting rights activists who have criticized repeated attempts by the state’s conservative leadership to change the state’s election code, including a restrictive voting law passed last March.

Questlove missed Will Smith’s slap because he was meditating

We should all aspire to be so unbothered.

Prenuptial agreements aren’t just for the super wealthy. Should you get one?

Sure, it’s not exactly high romance, but planning for any eventuality is an attractive quality.

A thriller by Dolly Parton and 4 other books to put on your reading list, from Jake Tapper’s book club

Katy Perry split her pants during a performance of ‘Teenage Dream’

“You make me feel like I’m wearin’ an un-serged seam!”

That’s how many Americans quit their jobs last month as the “great resignation” continues.

“Lynching was pure terror to enforce the lie that not everyone … belongs in America, not everyone is created equal.”

President Joe Biden, who signed a bill into law that makes lynching a federal hate crime. The legislation, the Emmett Till Antilynching Act of 2022, is named after the 14-year-old Black boy from Chicago who was brutally murdered by a group of White men in Mississippi for allegedly whistling at a White woman in 1955.