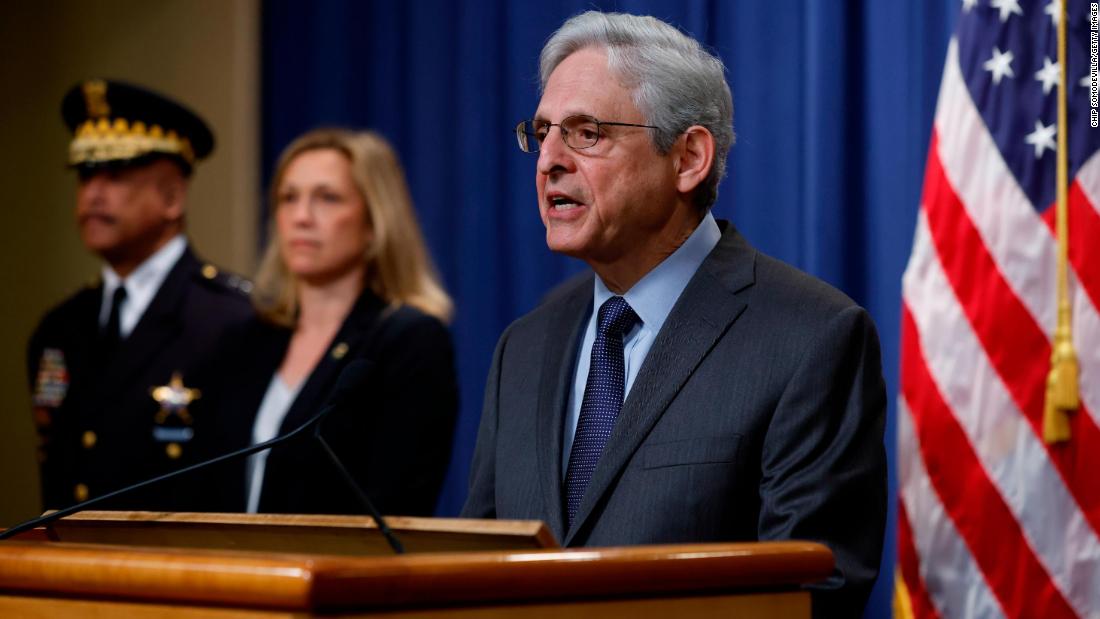 The new indictment stems from an investigation into a Chicago shooting last year that left one person dead and seven people wounded, Garland said at a news conference Friday.

“Further investigation by our agents and law enforcement partners uncovered an alleged gun trafficking conspiracy involving over 90 guns and 12 defendants,” Garland said. “Many of these guns have been linked to shootings in the Chicago area, in which multiple people have been injured and several killed.”

Demarcus Adams, 21, Jarius Brunson, 22, and Brandon Miller, 22, who were soldiers stationed at Fort Campbell in Clarksville, Tennessee, when they were arrested, pleaded not guilty last year to charges of transferring a firearm to an out-of-state resident; making false statements during the purchase of a firearm; engaging in the business without a firearms license; wire fraud; money laundering; and conspiracy.

Miller’s attorney, Dwight E. Scott, told CNN in an email that his client “continues to insist upon his innocence and protests the Government’s accusations as over-reaching.”

The nine additional people included in the latest indictment are allegedly members of the Gangster Disciples street gang in the Pocket Town neighborhood in the south of Chicago, according to the indictment.

“Between December 2020 and April 2021, the defendants conspired to purchase and deliver over 90 illegally obtained firearms to the Chicago area to facilitate the ongoing violent disputes between the Pocket Town Gangster Disciples and their rival gangs,” a release from the Justice Department stated.

Miller bought weapons and directed the other two soldiers to buy weapons, the indictment said. The other nine would contact Miller and “place orders for firearms,” according to the indictment.

Six of them have been arrested, and authorities are still looking for three of them.

The six have not yet been arraigned, and it is unclear whether they have attorneys.

The indictment lists 21 charges, but only 3 of them — dealing in firearms without a license, transporting and receiving firearms into another state and conspiring to commit money laundering — apply to all 12 defendants.