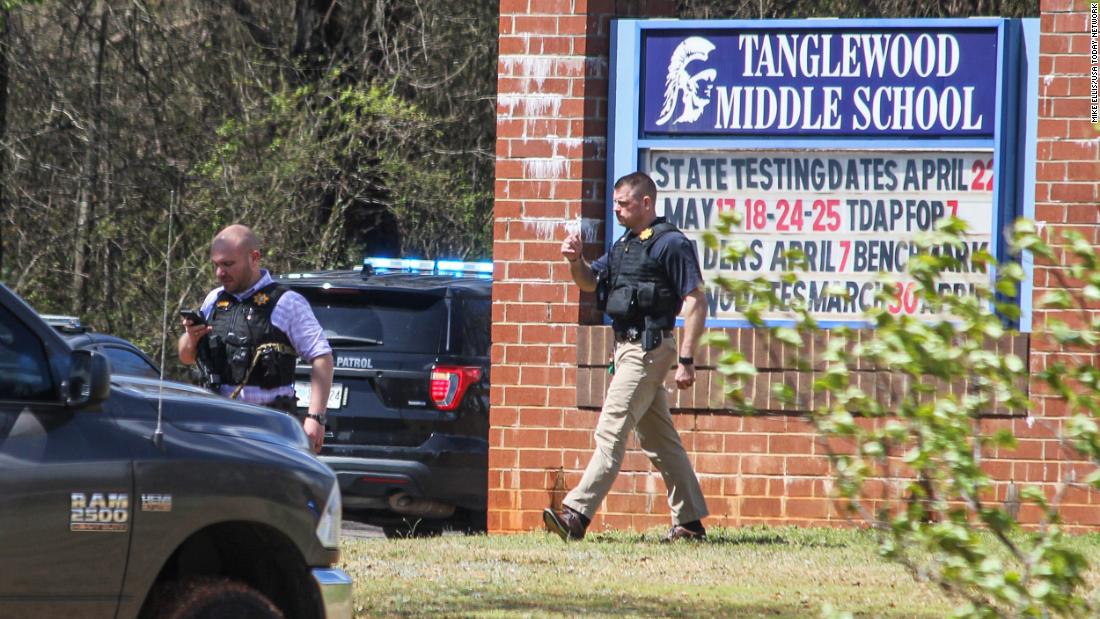 The suspected shooter, also 12, was arrested and charged with murder and other firearm charges in the shooting at Tanglewood Middle School in Greenville, according to the Greenville County Sheriff’s Office.

No other injuries related to the shooting were reported, the sheriff’s office said in a statement.

Around 12:30 p.m. Thursday, a school resource officer called for emergency backup after hearing gunshots at the school, officials said. Later, authorities learned that a student had shot another student and that the students knew each other, the sheriff’s office said.

After the shooting, the suspect ran away from the school, and deputies found him around hiding under a deck at a nearby home, according to police. They also recovered a weapon during the arrest, the statement said.

“My heart breaks for this young boy’s family and my prayers are with them tonight,” sheriff Hobart Lewis said in the statement, referring to the victim.

“Additionally, I will be praying for the other young boy who pulled the trigger and his family. I can not fathom what would cause someone to do this to another human being and especially at that age, but I know it’s a situation where we all need to turn to God.”

The motive of the shooting and how the suspect obtained the gun remain under investigation, the sheriff’s office said. The Greenville County Coroner will release more about the victim on Friday, the office added.

The suspect will be sent to a juvenile justice center in Columbia, South Carolina.

The sheriff urged parents to talk with their children and engage with them to ensure their own safety as well as others.

“Check their belongings and ensure they don’t have anything that could be a danger to themselves or anyone else. It truly takes a village and we need everyone’s investment,” Lewis said.

Tanglewood Middle School serves about 780 students in grades 6 through 8, according to its website.

CNN’s Jamiel Lynch and Raja Razek contributed to this report.