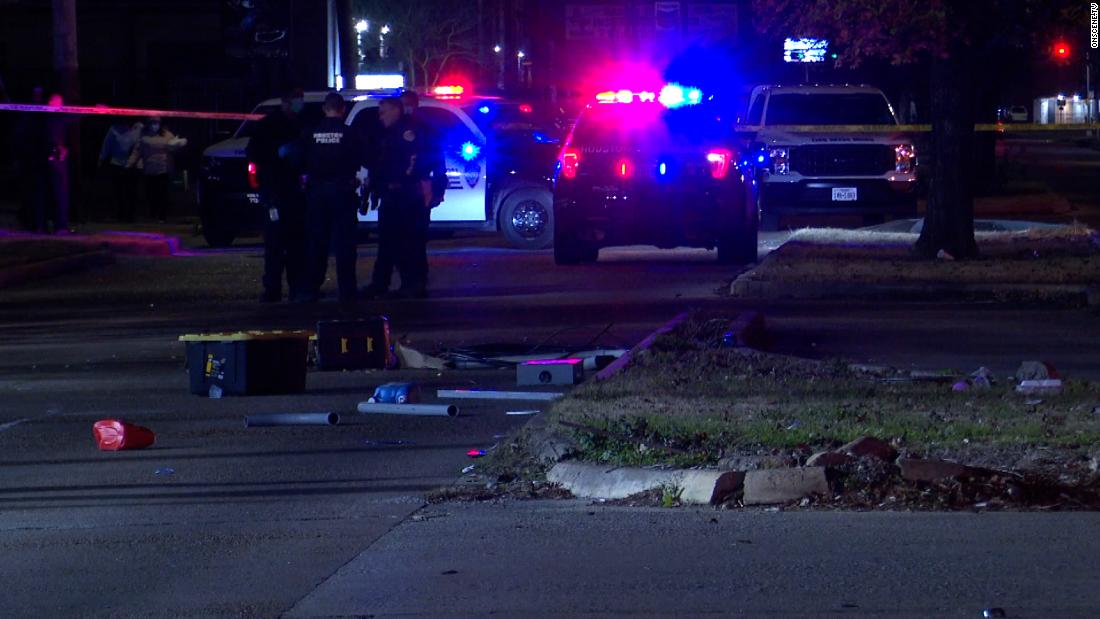 “Sadly, the Harris County Institute of Forensic Sciences advised late (Tuesday) afternoon that the nine-year-old girl has been pronounced deceased,” the Houston Police Department tweeted. The child has not been identified by authorities.

Houston Police officials said the girl was shot Monday by a man who opened fire at a suspect who was robbing him at gunpoint at a drive-through ATM.

The robber fled the scene, police say — but the man who had been robbed then fired at a vehicle that “he thought” belonged to the person who had robbed him. The vehicle he fired upon was occupied by a family of five who had nothing to do with the robbery, police said.

A suspect has been taken into custody and faces a charge of aggravated assault with a deadly weapon in relation to the shooting of the girl, the police department said in a news release on Tuesday.

The identity of the robbery suspect, who remains at large, is still under investigation, said Executive Police Chief Matt Slinkard. “Anytime that there’s guns involved, the danger to innocent bystanders is extremely high,” Slinkard said.

This was the second recent shooting of a 9-year-old girl in the area. Last week 9-year-old Ashanti Grant was shot in an alleged road rage incident while watching cartoons in the back seat of the family car, according to her family.

Grant’s family held a news conference alongside local police and city officials Monday to ask the public for help finding a suspect.

No suspects have been identified in that shooting. Police continue to investigate. Grant is in critical condition, her family says.