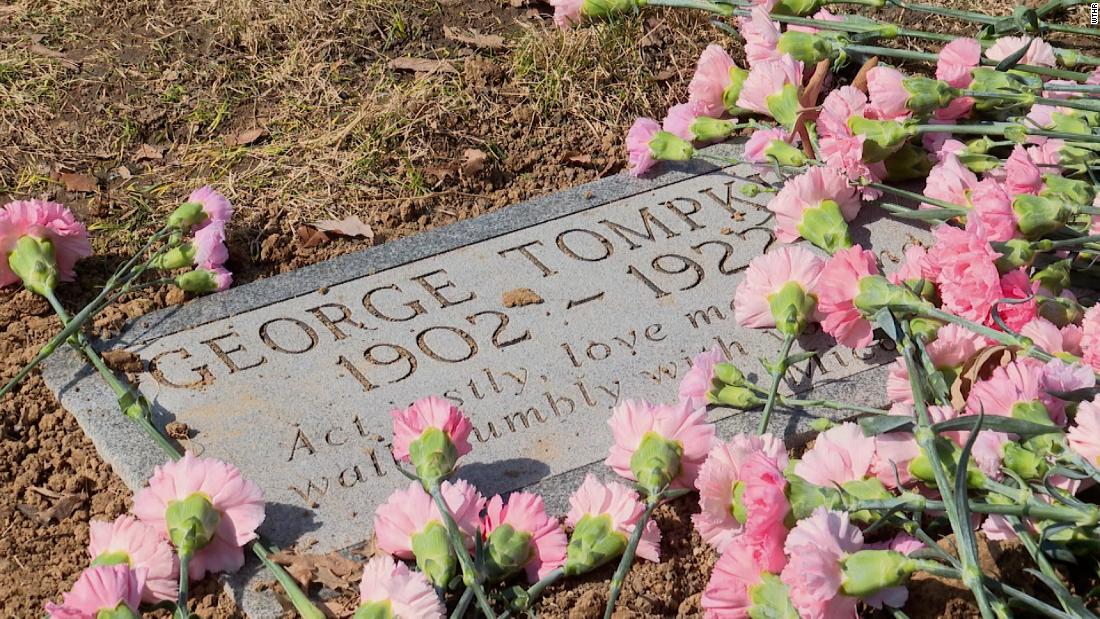 Now, a century later, Alfarena McGinty, the chief deputy coroner of Marion County, has ruled Tompkins’ death as a lynching, not a suicide, after reviewing his case.

Dr. Paul Robinson, Marion County coroner in 1922, saw Tompkins’ body soon after police reported it. “There could be no question that the man had been murdered and his body then tied to the tree,” he said in local media reports at the time.

Tompkins was “dead or almost dead when he was hanged,” Robinson said.

Despite those circumstances, Dr. George R. Christian, a deputy coroner in 1922, conducted Tompkins’ autopsy and signed the certificate of death, documents show.

In another style of handwriting, the manner of death was changed from “open” to say “suicide,” according to a written petition to change Tompkins’ death certificate.

The Indiana Remembrance Coalition brought Tompkins’ case to the attention of McGinty through a written petition, causing her to “unquestionably” change his manner of death on his death certificate.

“In 1922, George Tompkins did not receive justice, neither in life nor in death,” Indianapolis Mayor Joe Hogsett said.

McGinty, the chief deputy coroner, said: “It was an honor to make this injustice right.”

Last week, the US Senate passed the Emmett Till Antilynching Act of 2022 by unanimous consent. The bill, which would make lynching a federal hate crime, is awaiting President Joe Biden’s signature.
“It might look a little differently but things like this happen today,” Karen Christensen, a member of the Indiana Remembrance Coalition, told CNN affiliate WTHR. “If we don’t understand what our history is about we will repeat it and we are repeating it and therefore we want to talk about this so we can stop racial violence.”

On March 12, nearly a century later, a headstone was placed at Tompkins’ unmarked grave inside Floral Park Cemetery.

CNN’s Jenn Selva and Rebekah Reiss contributed to this report.