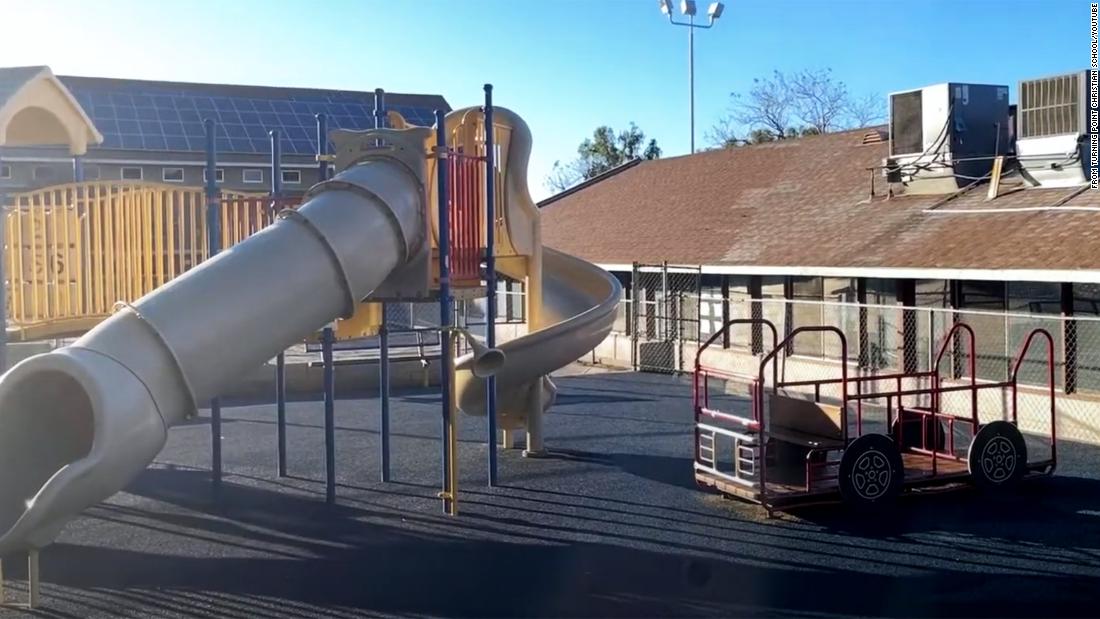 The video was taken by an unidentified teacher at Turning Point Christian School, a private school in Norco, California.

The video was first uploaded to a messaging app the school uses to communicate with parents on February 18, according to Christina Webb McFadden, whose daughter was a student at the school. The recording was taken down a few hours later, after McFadden complained to the school’s office staff.

In the video McFadden blurred and shared with CNN, the teacher is heard initiating a call-and-response when she asks her students, “Who is our president?” and the students reply with, “Biden!”

The teacher then asks the class, “What do we want to do with him?” and her students respond with, “We want him out!”

McFadden has since removed her daughter from Turning Point Christian School. CNN has made several attempts to reach the school but has been unable to obtain comment.

“I was very fearful because it was sent to not only me, but other households as well. I was worried it would be used as some sort of propaganda video with my daughter being front and center and not understanding what she’s saying,” McFadden said.

“In the video, without the blurred faces, you can see my daughter was uncomfortable. She might not understand the context, but she knows this isn’t something nice to say.”

Though the incident happened last month, McFadden told CNN she has decided to speak up now because she wants to help advocate for legislation that will help hold early childhood educators accountable.

The school sent out a statement to parents after removing the video from the messaging app, McFadden said.

“Earlier today a video was posted that has since been deleted as it did not share our school and church philosophy of honoring and respecting authority including those in government positions. We are sorry for any misunderstanding this could of (sic) created,” the statement, which McFadden shared with CNN, reads.

McFadden said she also spoke with school administrators the following week and the school took full responsibility for the incident but did not let her see the lesson plan that led up to the chant.

According to McFadden, school administrators told her they reviewed the lesson plan after the incident and approved it. It is unclear whether any disciplinary action was taken against the teacher who led the chant.