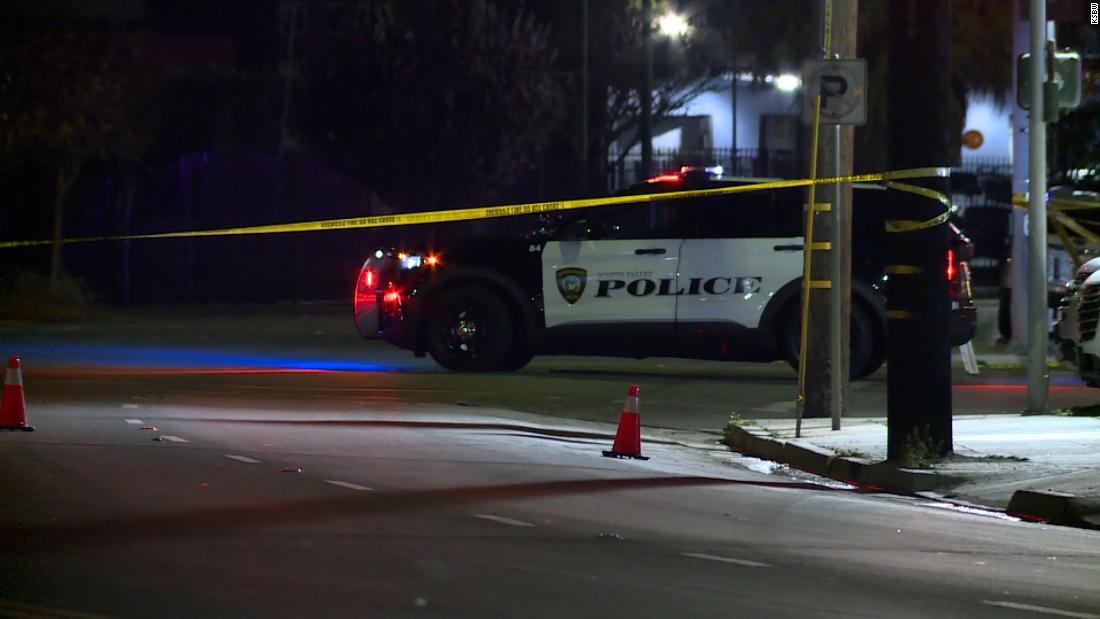 The Salinas Police Department identified the slain officer as 30-year-old Jorge David Alvarado, a five-year veteran of the force.

At around 10:45 p.m., Alvarado made a traffic stop that led to the officer-involved shooting, police chief Roberto Filice said during the news conference. He did not provide further details about what happened during the stop.

“The officer stayed in the fight all the way to the end. Ultimately, he paid the price for it, he gave his life for it,” the chief said. “But thanks to his actions, we were able to apprehend the suspect and we currently have him in custody.”

Officials did not share information about the suspect during the news conference.

“Our community and our police department are devastated,” Mayor Kimbley Craig said. “The death of a Salinas police officer in the line of duty has not occurred in nearly 80 years.”

“Our officers are grieving. They’ve lost a brother. We have lost a public servant,” she added.

The city of Salinas is around 59 miles south of San Jose, in Monterey County.

Monterey County District Attorney Jeannine Pacioni said her office was notified about the incident, as is protocol with officer-involved shootings, and is investigating. “The death of an officer while performing his duties takes a huge toll on a police department,” Pacioni added.

The police department is also conducting an investigation.