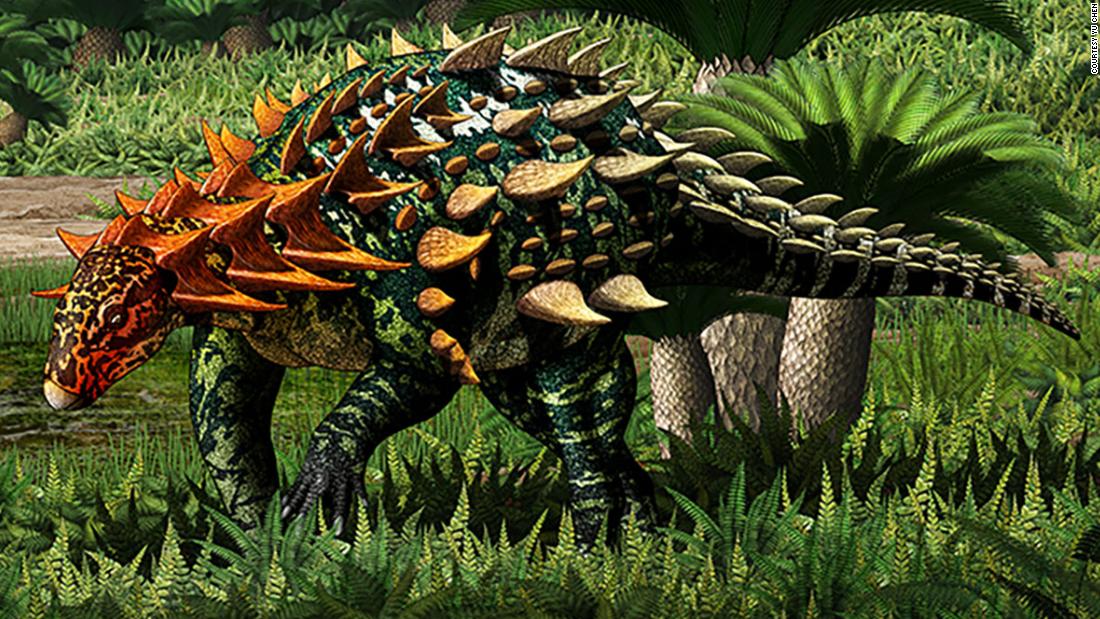 Scientists originally found remains of an armored dinosaur, which they named Yuxisaurus kopchicki, in 2017 in the Yuxi region of Yunnan province, an area that has been a hotspot for dinosaur discoveries. Research on the specimens began in 2019, according to study author Shundong Bi, professor at Indiana University of Pennsylvania.

The ancient creature belongs to the thyreophoran group, the same as its distant cousin the Stegosaurus, said study author Paul Barrett, merit researcher at the Natural History Museum in London.

It likely lived 192 million to 174 million years ago and is the first thyreophoran from that time period to be recognized in the region, according to the study.

“This is the first early armoured dinosaur to be named from the entire Asian continent and helps to show how the group spread around the world shortly after its origin just a few million years earlier,” Barrett said via email.

Yuxisaurus kopchicki likely spanned 6.6 to 9.8 feet (2 to 3 meters) in length and ate low-growing plants like ferns and cycads, he said.

A collection of diverse fossils

A series of bone plates encased the animal, covering its neck, back and limbs, with large spikes scattered on top of the armor, Barrett said.

The spikes served multiple purposes: deflecting the jaws and teeth of most predators while also possibly being a tool for showing off to other members of its own species during territorial or mate disputes, he explained.

A couple modern-day animals that behave similarly are porcupines and hedgehogs, Bi said.

More than 120 bone deposits were retrieved from the dig site, giving the researchers enough material to confirm a new species, he said.

The remains included multiple fragments of a single skeleton, including parts of the armor plates, limbs, jaws and skull. The dinosaur’s heavy build and distinctive armor hinted that the researchers had a new species on their hands, Bi said.

Additionally, the findings show how diverse the group of dinosaurs was and how rapidly they spread across the northern hemisphere, he said.

The armored dinosaur’s closest relatives are the herbivorous Scelidosaurus and the Emausaurus — both of which originated in Europe during the Jurassic period, Barrett said.