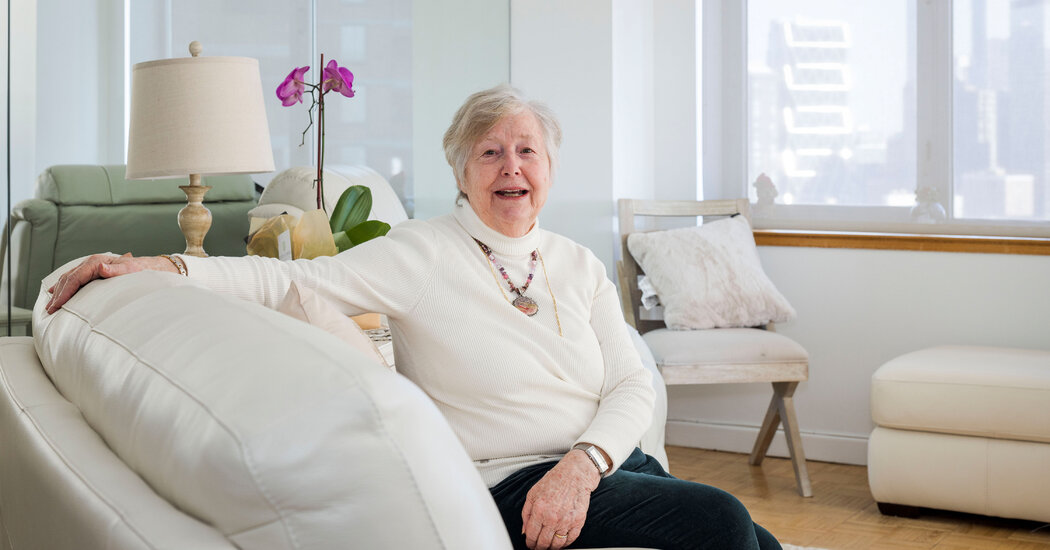 On Teatime: Ms. Riley, an avid tea drinker, remembers how her husband often made a cup for her. “We went through a program and answered some questions before we got married,” she said. “The guy who took my answers said to Rex, ‘My word of advice: When she loses it, just make her a cup of tea and she’ll be right.’ And he did, and I was.”

Working with Ross, her son in New York, she secured copies of old leases and bank statements, and sent everything off. Two weeks later she received official word that she could leave the country. “If it wasn’t for Ross,” she said, “I’d still be sitting in Australia. I knew people who had applied three or four times and got knocked back each time.”

Ms. Riley still remembers that moment she returned to New York and stepped out of the airport: “The first words out of my mouth were, ‘I’m free.’ I saw people walking around, I saw people talking, it was incredible. In New York, even though people are social-distancing and wearing masks, you can still go and get a cup of coffee, you can go and eat. In Melbourne, you couldn’t do that.”

Initially, Ms. Riley looked for a place in Sunnyside, Queens, to be near her son and his family, but she was having a hard time finding a place that felt like a good fit. Many of the buildings she saw were older, with stairs, which are getting harder for her to manage.

“We couldn’t find anything,” she said. It was dispiriting. She was looking forward to being near family but it felt like nothing was working out — not her sojourn to Australia, not her return to New York. “I was just feeling so fed up with it all.”

That’s when Ross called. “He said ‘Do you know that your old apartment is available?’”

She went online and, sure enough, there was the listing, the 39th floor one-bedroom where she had moved shortly after losing her husband, with the wraparound views of sunsets and bright lights. Everything was exactly the same — except with a fresh coat of paint. “It was like it was waiting for me,” she said.