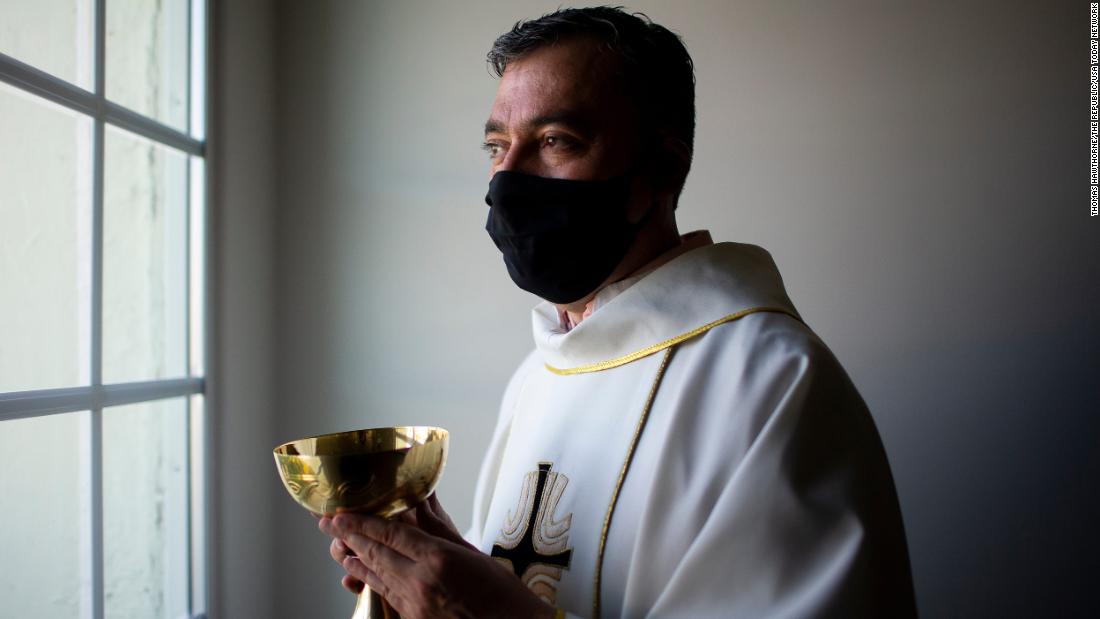 Father Andres Arango, who performed thousands of baptisms, would say, “We baptize you in the name of the Father, and of the Son, and of the Holy Spirit.” But Olmsted explained the words “We baptize” should have been “I baptize” instead.

“The issue with using ‘We’ is that it is not the community that baptizes a person, rather, it is Christ, and Him alone, who presides at all of the sacraments, and so it is Christ Jesus who baptizes,” Olmsted wrote in a message to parishioners posted last month.
The error also means that because baptism is the first of the sacraments, some people will need to repeat other sacraments, according to the diocese webpage for frequently asked questions. CNN has reached out to the diocese for comment on other sacraments.
“It saddens me to learn that I have performed invalid baptisms throughout my ministry as a priest by regularly using an incorrect formula. I deeply regret my error and how this has affected numerous people in your parish and elsewhere,” Arango wrote in his own message on the site.
Olmsted said the Vatican’s Congregation for the Doctrine of the Faith in 2020 affirmed that when a baptism is conferred with the formula “We baptize …” it is invalid and people need to be baptized again.

The diocese has set up a website for anyone who believes they had an invalid baptism. The diocese said baptisms Arango conducted after June 17, 2021, are presumed valid.

According to Katie Burke, a spokesperson for the diocese, some new baptisms have already taken place.

Arango began his career in Brazil in 1995. He will continue to be a priest, and will dedicate his energy and time to help those who had invalid baptisms.

Olmsted said he did not believe Andres intended to harm any of the parishioners.

“I too am sincerely sorry that this error has resulted in disruption to the sacramental lives of a number of the faithful. This is why I pledge to take every step necessary to remedy the situation for everyone impacted,” Olmsted said.

According to the United States Conference of Catholic Bishops, there are seven sacraments in the Catholic church: baptism, confirmation, Eucharist, reconciliation, anointing the sick, marriage and holy orders.

“Through the Sacraments, God shares his holiness with us so that we, in turn, can make the world holier,” the conference says on its website.