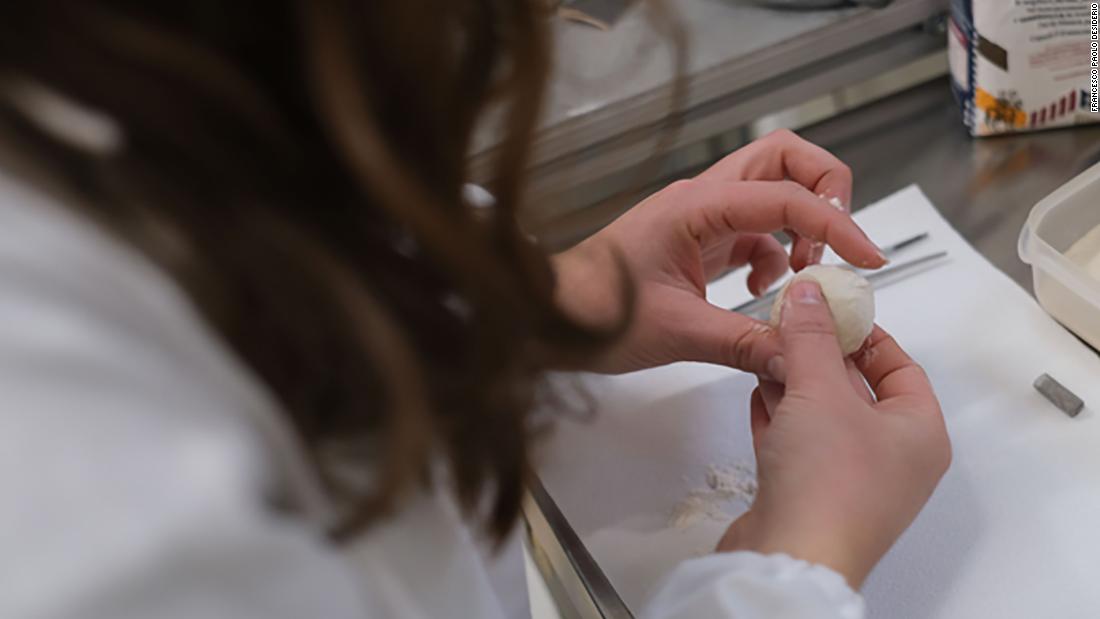 Because of a severe yeast allergy, Italian materials scientist Ernesto Di Maio can’t eat traditional pizza, which is a tough deck of cards to be dealt while living in the birthplace of that iconic dish. So he embarked on a journey to make a Neapolitan pizza dough that would rise without the help of yeast. The results of the culinary and physics experiment were published Tuesday in the journal Physics of Fluids.

“The invention is grounded on a deep knowledge of what’s going on while cooking,” Di Maio, the study’s lead author and an associate professor of materials science at the University of Naples Federico II, said via email. “We had fun in the lab.”

The research team, which included a chemical engineer and a PhD student working as a pizzaiolo (pizza chef), used simple ingredients — tap water, iodized sea salt and flour — and processes to prepare yeasted dough and yeast-free dough, so they could compare the two. They even used a time-lapse photography setup to see how the rising process affected the final structure of both the yeasted dough and yeast-free dough.

They measured that the yeasted dough became more elastic and grew in area by roughly 20%, while the other dough barely changed over time and slightly decreased in area.

The researchers’ previous experience proved pivotal in making up for the absence of the yeast. Di Maio has studied how bubbles form in polymers including polyurethane, which is used as a component of paints, varnishes, adhesives and foams. He knew that both bread and polyurethane are formed after two concurring processes, curing and foaming (the production of a mass of small bubbles).

For polyurethane, foaming involves using an autoclave, an industrial enclosed device typically used for sterilizing objects by killing bacteria, viruses, fungi or spores. While using autoclaves, scientists can tinker with pressure and temperature levels to achieve what they want. Foaming polyurethane also requires a blowing agent, an initially liquid substance that aids the process.
Knowing this, Di Maio thought to introduce that technique to baking, in a process that’s also similar to the one used to make carbonate soda, according to a news release.

The researchers placed a tiny yeast-free pizza dough no bigger than a penny in a hot autoclave. Over the course of a few minutes, they then shifted the pressure levels higher and lower while dissolving gas into the dough at high pressure levels. As pressure was slowly released from the autoclave, bubbles formed in the dough.

The final dough’s consistency was similar to that of a traditional dough made with yeast, the study authors said.

“The key to the process is to design the pressure release rate not to stress the dough, which likes to expand gently,” Di Maio said in a news release.

“We mainly studied how dough behaves with and without yeast — how the softness changes with leavening (rising), and how the dough responds to a temperature program during baking,” said Rossana Pasquino, a coauthor of the study, in a news release. “This was fundamental to designing the pressure protocol for the dough without yeast.”

Since the authors were making the bubbles form slowly, they weren’t quite as uniform as bubbles would be in a yeasted dough.

Unfortunately, “the project is very immature,” Di Maio said — so you can’t yet try this at home, unless you happen to have an autoclave and a way to blow gas into pizza dough. But as someone with a yeast allergy, Di Maio hopes the new method can be used for other leavened foods, such as cakes, in the future, “helping people enjoy healthy and tasty food,” he said.

“We will now start a study on full-scale pizza on a lab equipment which should be ready in a couple of months. After that, depending on the results, we would consider selling the idea to companies,” Di Maio added. “I think two years would be sufficient, if everything works and good people get involved.”