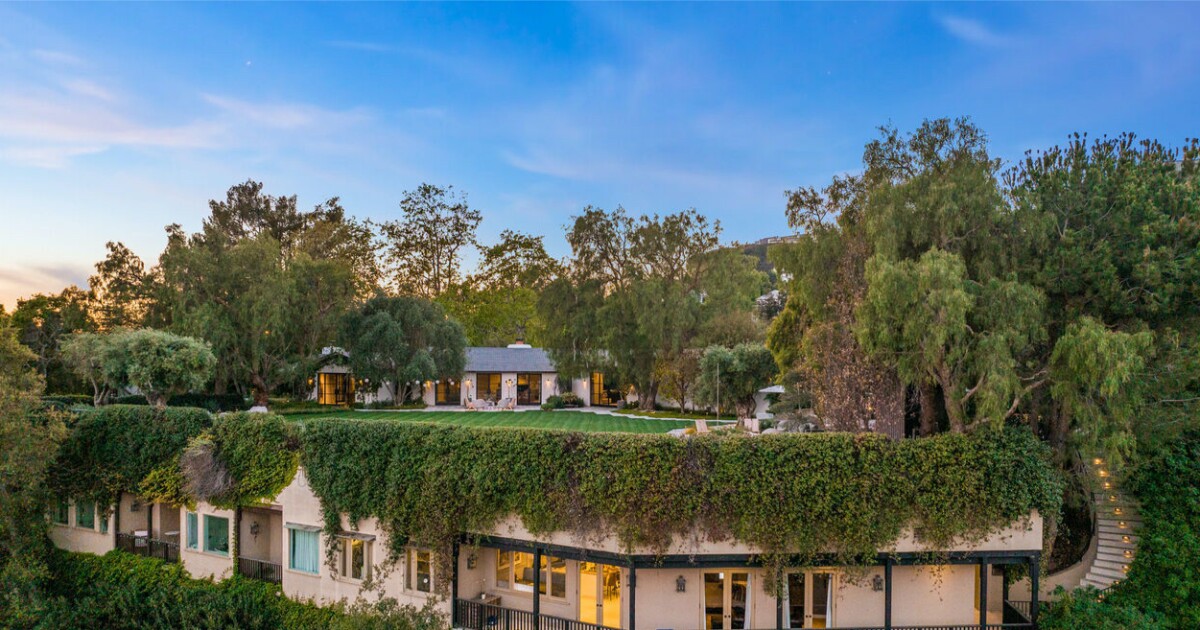 If they get their price, it’ll be one of the most expensive sales the coastal community has seen. The current crown belongs to mega-mansion developer Ardie Tavangarian, who sold a spec house last year for $83 million.

Levine and Prinsloo are the latest in a long line of celebrities to own the estate, which covers more than three acres of private, park-like grounds. They bought it from Ben Affleck and Jennifer Garner for $31.95 million in 2018, and before that, it was owned by prolific actor Gregory Peck and Oscar-winning producer Brian Grazer.

While the price is $25 million more than what Levine and Prinsloo paid for it, the spike reflects a more competitive market and also a significant remodel that the couple oversaw during their stay. No strangers to flipping homes, they bought a Beverly Hills mansion for $33 million in 2018 and flipped it to Ellen DeGeneres a year later for $45 million.

If the Palisades property looks familiar, that’s because it was featured in Architectural Digest’s “Open Door” series. During the 10-minute feature, the couple showcased the art-filled property, which centers on a 9,000-square-foot ranch-style home designed by Midcentury architect Cliff May.

It’s one of three structures on the compound. There’s also a four-bedroom guesthouse and a separate building with a gym, office and yoga studio.

The highlights continue outside, where walking paths lead to a swimming pool and spa, basketball court, fire pit and chicken coop.

Levine, 43, is the lead vocalist and guitarist for Maroon 5. The Grammy-winning pop-rock group’s hits include “She Will Be Loved,” “This Love” and “Moves Like Jagger,” and their seventh studio album, “Jordi,” was released last year.

Prinsloo, 33, has been featured in ad campaigns for scores of luxury brands including Juicy Couture and Tommy Hilfiger.