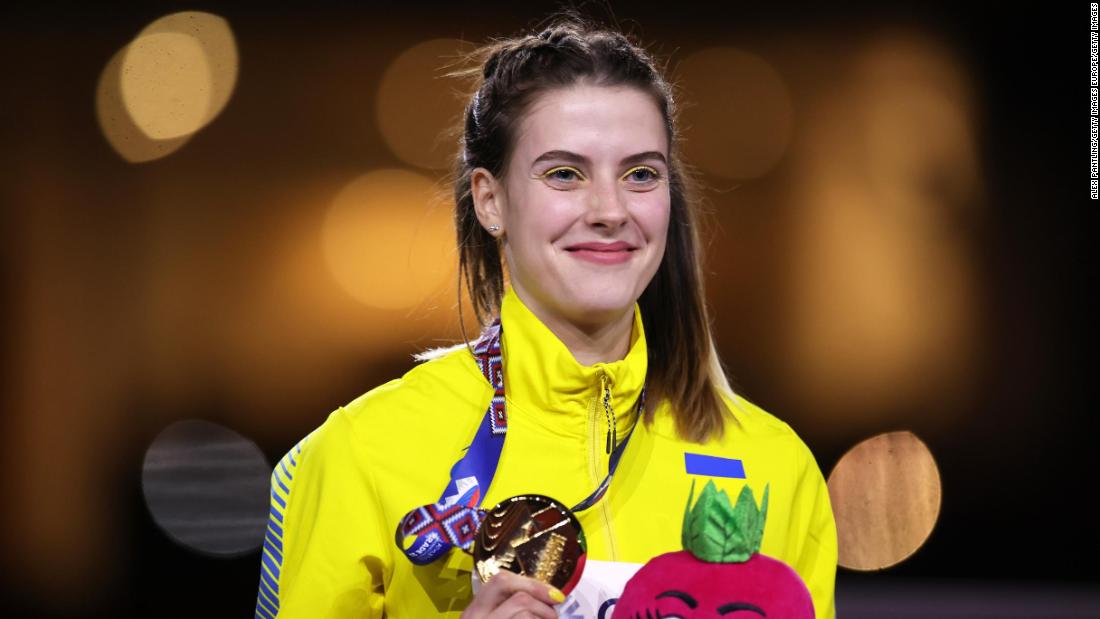 But, despite having her world turned upside down and traveling three days by car to reach the competition, the 20-year-old still managed to win high jump gold at the World Indoor Championships in Belgrade, Serbia, on Saturday.

“It was very important for me and my family, my country,” Mahuchikh told BBC Sport, saying she didn’t even think about training in the days after the invasion began on February 24.

“For me, coming here was difficult because the traffic was a lot, three days by car, and to jump here was so difficult psychologically because my heart remains in my country.”

The 20-year-old jumped a world-leading height of 2.02m to claim the title.

The crowd cheered as Mahuchikh celebrated her victory on the track with the Ukrainian flag wrapped around her.

“It’s so difficult, but I think I’ve done very well for my country because I protect my country on the track. I think it’s a very important thing for my country,” she added.

Australia’s Eleanor Patterson won sliver in Belgrade and paid tribute to Ukraine by painting her nails blue and yellow for the event.

Russia’s Mariya Lasitskene won gold in Tokyo but she, along with other Russian and Belarusian athletes, was banned from participating in last week’s championships as sport continues to turn its back on Vladimir Putin.