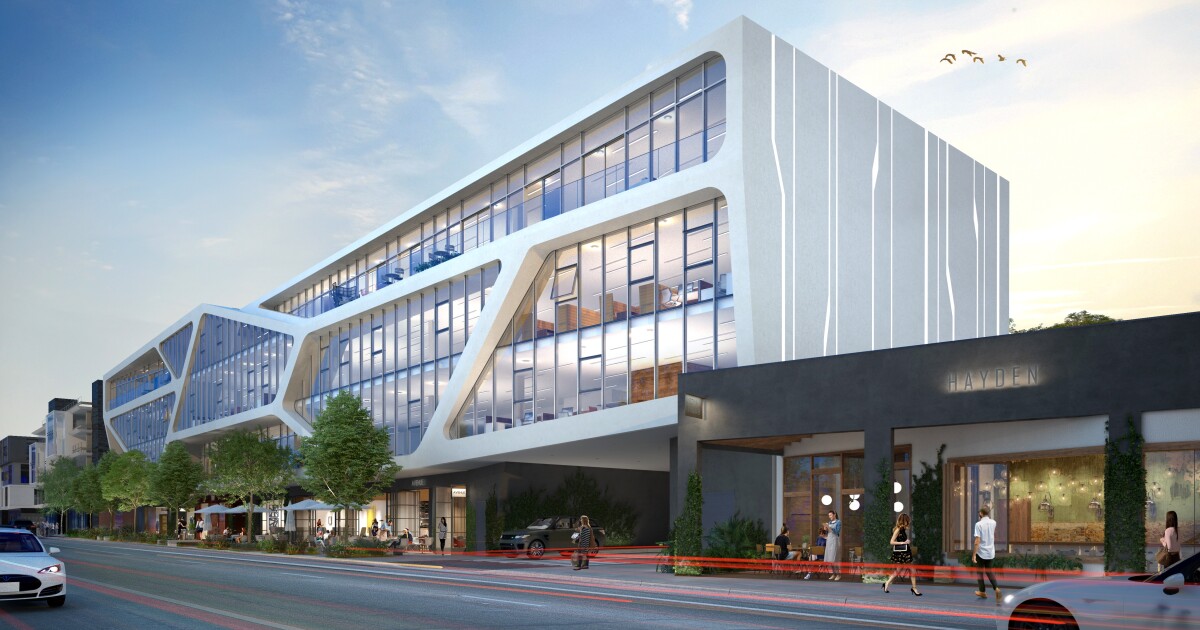 Technicolor Creative Studios is establishing a new Culver City campus, boosted by the return of production and demand from streamers for its visual effects services.

The office, which is expected to open in July, includes a four-story, 60,000-square-foot main building and a 4,750-square-foot virtual production space located on Washington Boulevard, the company said.

The campus will be a central home for the various divisions of Technicolor Creative Studios that have been spread out in different L.A. County locations. It’s a unit of the French-owned media and technology conglomerate Technicolor.

Currently, the company’s Moving Picture Company, which focuses on visual effects for shows and films, as well as its advertising division, the Mill, have separate offices in Culver City. Staffers involved in gaming and animation work out of a building in Los Angeles.

“It’s really the first time in the U.S. that we’ve been able to get everyone together, and it’s really a sign of the future for our company, which is about how we have all of our businesses work together, collaborate together closely to share the expertise that we have,” said Christian Roberton, president of Technicolor Creative Studios, in an interview.

Technicolor is expanding to accommodate growing demand from streaming services that are in a fierce competition for subscribers. Services such as Netflix, Apple TV+ and Disney+ are expected to spend billions of dollars this year on shows and films. Netflix alone is estimated to spend $19 billion in content this year and announced plans in November to buy Vancouver-based visual effects studio Scanline VFX.

Technicolor Creative Studios worked on CG animated shots featured in Disney+’s space western series, “The Mandalorian.” Other projects include Season 2 of Netflix fantasy series “The Witcher,” Amazon Prime Video’s “The Wheel of Time,” Apple TV+ drama “Pachinko” and films such as Disney’s live-action version of “Lady and the Tramp.”

The company also worked on 34 Super Bowl ads this year and was involved in animated films such as “Paw Patrol: The Movie.” Meanwhile, Technicolor Games contributed to titles such as sports video games “FIFA 22″ and “NHL 22.”

Technicolor Creative Studios expects its business will grow by 60% over three years.

“Technicolor has an incredibly long history in this area,” Roberton said. “All of our most important clients are in L.A. or represented in L.A., and our connection to our clients is the most important thing to us.”

Culver City was an ideal location for its new campus because many of Technicolor’s clients are already located there, including Apple, Sony, HBO and Amazon.

The city has lured several media and tech companies in recent years, benefiting from its proximity to Hollywood and nearby Silicon Beach. TikTok expanded its U.S. operations with a new 120,000-square-foot, five-story office in Culver City in 2020, while Apple last year said it plans to double its office presence in the area.

Technicolor Creative Studios signed an 11-year lease, investing at least $16 million in the project. The main building’s exterior was designed by L.A.-based Abramson Architects, and Malibu-based Bruce Bolander_Architect is designing the interior spaces.

“It’s a significant investment for us, and signing a lease of that duration is really about a long commitment for us,” Roberton said. “This is the heart of the company, and we intend to be present in Culver City, in L.A., for a very long time.”

Like other Hollywood businesses, VFX shops were hard-hit in 2020, as productions were canceled or suspended due to the COVID-19 pandemic. But as filming has picked up, so has the demand for postproduction work.

“We have the pent-up demand from projects put on ice during the most severe lockdowns coupled with the proliferation of streaming channels which have to be fed with a continuous stream of content,” wrote Fiona Orford-Williams, a director with London-based investment research and consulting firm Edison Group, in an email. “The technical capabilities of VFX have leapt forward in recent years and the boundaries are being constantly pushed. It’s no longer just the tent pole movies that get the full VFX treatment either.”

“We definitely look to get back to where we were pre-pandemic over the course of this year for sure,” Roberton said. “We see a really big sort of future for us.”

Technicolor Creative Studios’ Paris-based parent company plans to spin off the visual arts business in the third quarter, so that its value will increase.

Technicolor emerged from bankruptcy proceedings in 2020. Since then, it has sold off parts of its business, including its postproduction business Technicolor Post last year for nearly $36.5 million.