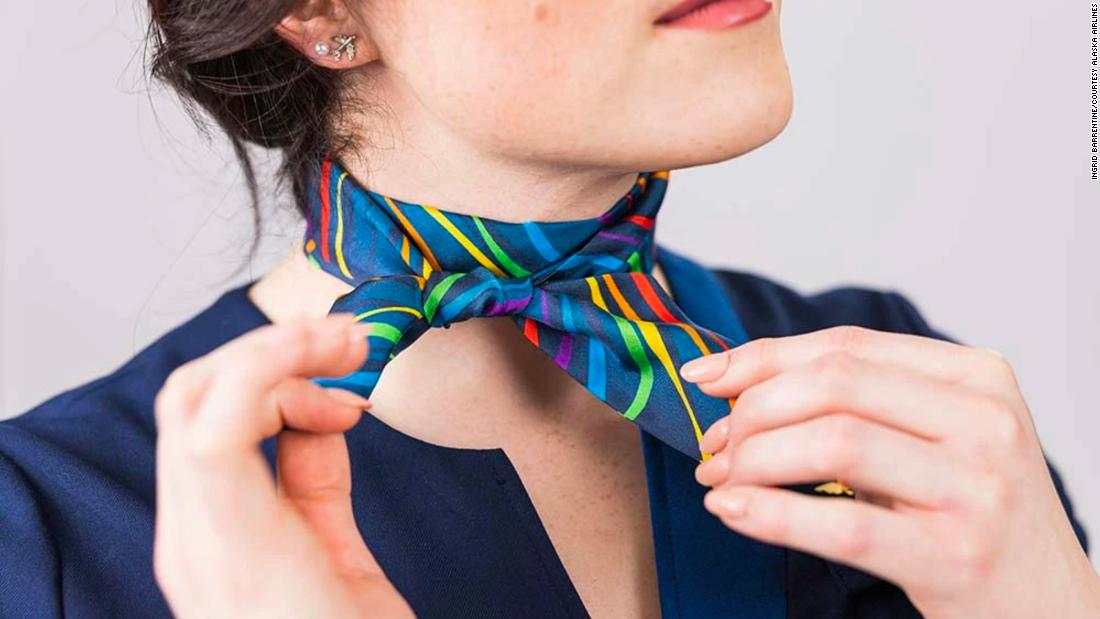 “We have updated our uniform guidelines, effective today, to provide more freedom and flexibility in individual and gender expression,” the airline said in a statement on Monday.

The announcement comes after a 2021 allegation by an Alaska Airlines employee that the airline’s uniform policy discriminated against employees whose gender expression does not fit the male and female dress codes, particularly nonbinary employees — those whose gender identity falls outside the binary of “male” or “female.”

The previous policy required flight attendants to wear either “male” or “female” uniforms. The airline also regulated other aspects of dress, like hairstyle, makeup and jewelry, based on workers’ assumed gender.

The American Civil Liberties Union stated in a letter at the time that Alaska’s uniform policy violated Washington’s Law Against Discrimination, which prohibits discrimination based on “sex” or “gender identity, self-image, appearance, behavior, or expression.”

“I don’t want to be forced into a binary uniform that excludes me and leads to me being misgendered at work,” Justin Wetherell, an Alaska Airlines flight attendant and flight attendant instructor based in Seattle, said in an ACLU statement at the time.
The airline responded at the time saying flight attendants since 2020 had the freedom to order “any pant or parka style and have been able to select the uniform kit of their choice, regardless of gender identity.”

The latest update to the uniform policy will allow for more flexibility in personal expression for flight attendants of all genders, Alaska Airline said. All flight attendants will be permitted to wear fingernail polish, makeup, two earrings per ear and a nose piercing.

“We’ve also updated our grooming policies to allow tattoos in more locations, more hair style options and are adjusting the names of our uniform kits to be focused on fit vs. gender identifications,” the airline said.

The company has also created personal pronoun pins that employees can choose to wear with their uniforms.

“We all want to look professional, and we all want to be ourselves at the same time,” Monique “Mo,” a flight attendant based in San Diego, California, said in the Alaska Airlines press statement. “Your gender shouldn’t define what you wear or how you look.”