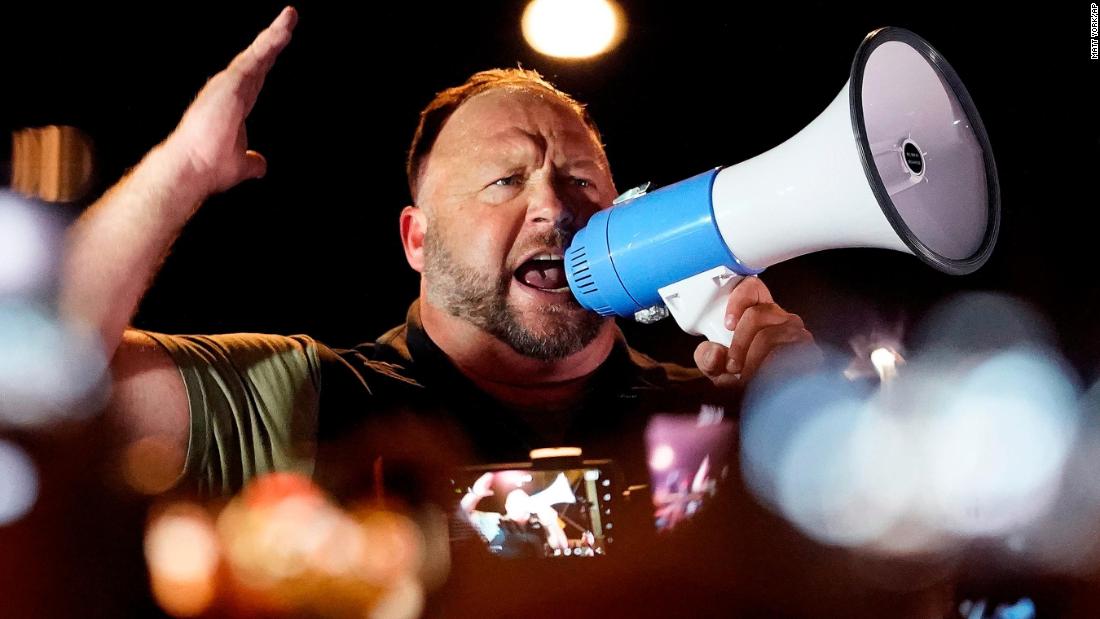 The deposition, which occurred Tuesday and Wednesday, came less than a week after Superior Court Judge Barbara Bellis held Jones in contempt and fined him for failing to comply with multiple orders to sit for a deposition by attorneys for the Sandy Hook families.

Jones argued that his doctor advised him to avoid the deposition due to health problems. But his attorneys later acknowledged that, during his purported illness, Jones left his home to film his show.

Since April 1, Jones has paid a total of $75,000 in court ordered fines for non-compliance, according to filings from his attorney Cameron Atkinson. On Wednesday, his attorneys asked the court to return those fines now that he has complied with the deposition request.

Jones’ attorneys asked the judge to remove the contempt order from last week and note that Jones no longer needs to pay a daily fine now that he has complied, according to the filing.

Genesis Communications, which distributes Jones’ show and was also named in the suit, would also like to depose Jones, his attorneys added in the filing. Both parties have agreed to complete that portion of the deposition during the week of April 11.

Attorneys for Sandy Hook families have been preparing to depose Jones as part of their 2018 defamation suit, after he repeatedly called the Sandy Hook shooting that killed 20 children and six adults in 2015 a hoax carried out by crisis actors. Jones has since acknowledged in another deposition that the deadly shooting was real.