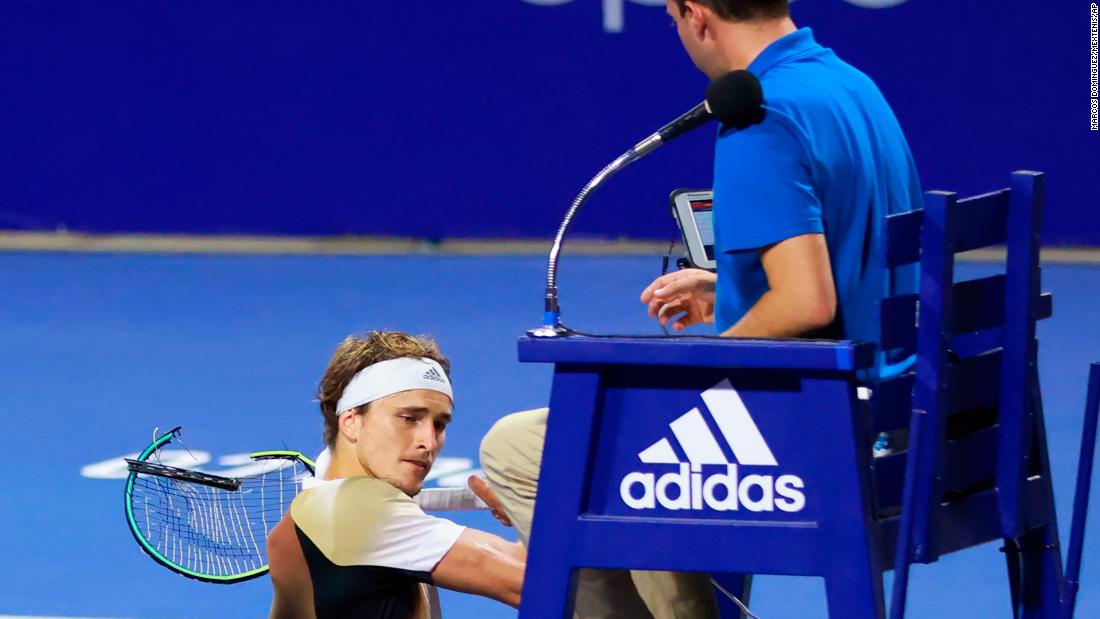 The world no.3 yelled at the umpire and then repeatedly hit the official’s chair with his racquet following a first-round doubles loss. Consequently, he was ejected from the singles tournament, fined $40,000, and forfeited the $31,570 in prize money that he had already accumulated, as well as all ATP Rankings points from the event.

The ATP’s Senior Vice President of Rules and Competition Miro Bratoev has now determined that Zverev committed “Aggravated Behavior under the Player Major Offense section of ATP Rules.”
The 24-year-old Zverev has also been fined an additional $25,000 and handed a suspension for a period of eight weeks from any ATP-sanctioned event.

“However, the fine and suspension are withheld on the condition that, over a probation period ending 22 February 2023 [one year from the incident], the player does not incur a further Code Violation,” said the ATP statement.

The ATP has handed out a suspended punishment before, finding Nick Kyrgios guilty of a “Player Major Offense” in 2019 after a relatively similar incident in which the Australian broke two racquets and shouted at the umpire. Kyrgios’ suspended ban was never implemented.

Zverev has until March 11 to appeal the decision but has already admitted his culpability, apologizing publicly and privately to the umpire in question, Alessandro Germani, according to a statement he posted on Instagram.

Zverev’s outburst at the Mexican Open in Acapulco has provoked outcry across the tennis world.

“There is absolutely a double standard. I would probably be in jail if I did that. Like literally, no joke,” Serena Williams told CNN’s Christine Amanpour, as she explained her thoughts on the incident.

Qualifying is already underway at Indian Wells, with the tournament’s main draw starting on Wednesday.