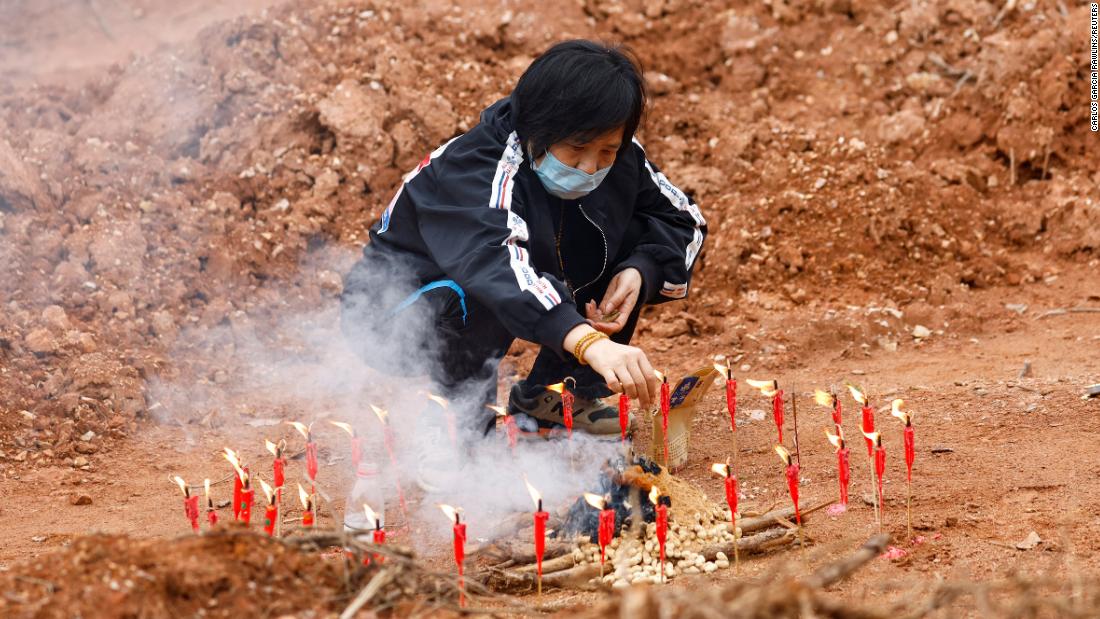 The Boeing 737 crashed in the mountains in southern China’s Guangxi region Monday afternoon, according to the Civil Aviation Administration of China (CAAC). It was en route from the southwestern city of Kunming to Guangzhou when it lost contact over the city of Wuzhou. On board were 123 passengers and nine crew members, CAAC said in a statement posted online.

The cause of the crash has not yet been determined. The discovery of the cockpit voice recorder on Wednesday might provide crucial clues to how the disaster unfolded. It is one of two so-called “black boxes,” with investigators still searching for the flight data recorder.

The airline and its subsidiaries temporarily grounded 223 Boeing 737-800 aircraft, airline spokesperson Liu Xiaodong said in a press conference on Thursday.

The grounded aircraft are undergoing safety inspection and maintenance to ensure that they are safe to fly, he said. The airline launched a sweeping safety overhaul after the crash, he added.