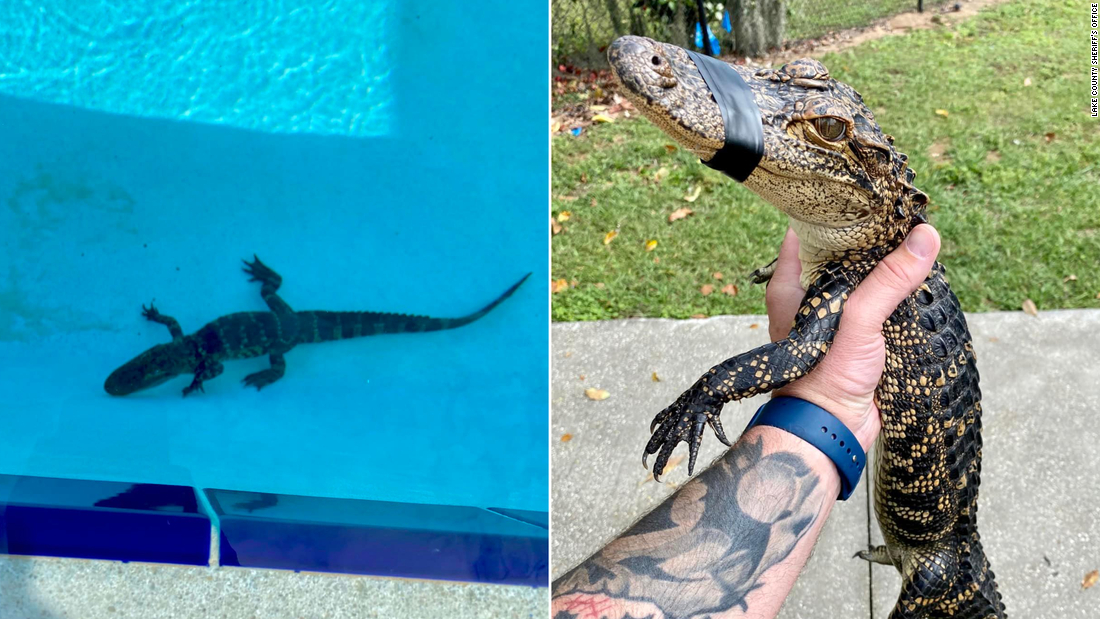 Student athletes at Montverde Academy spotted a 3-foot alligator taking a dip where they were supposed to swim laps. To avoid a dangerous confrontation, the school delayed practice and called police.

According to a Facebook post from the Lake County Sheriff’s Office, two deputies responded and relocated the aspiring athlete.

While one officer used a safety hook to bring the alligator to the edge of the pool, another grabbed it. After securing its mouth with electric tape, the officers took the gator to Lake Apopka and released it.

“No deputies or gators were hurt during the encounter,” according to the sheriff’s office.

Montverde Academy, a private school in Montverde, serves students from pre-kindergarden to 12th grade. According to their website, the academy features an eight-lane, 25-meter competition pool.

The Sunshine State is home to about 1.3 million alligators, spread across all 67 counties, according to the Florida Fish and Wildlife Conservation Commission.
And while smaller gators like this one can be relocated, “nuisance alligators” of 4 feet or larger that are judged to pose a threat to people, pets, or property are usually trapped and killed.