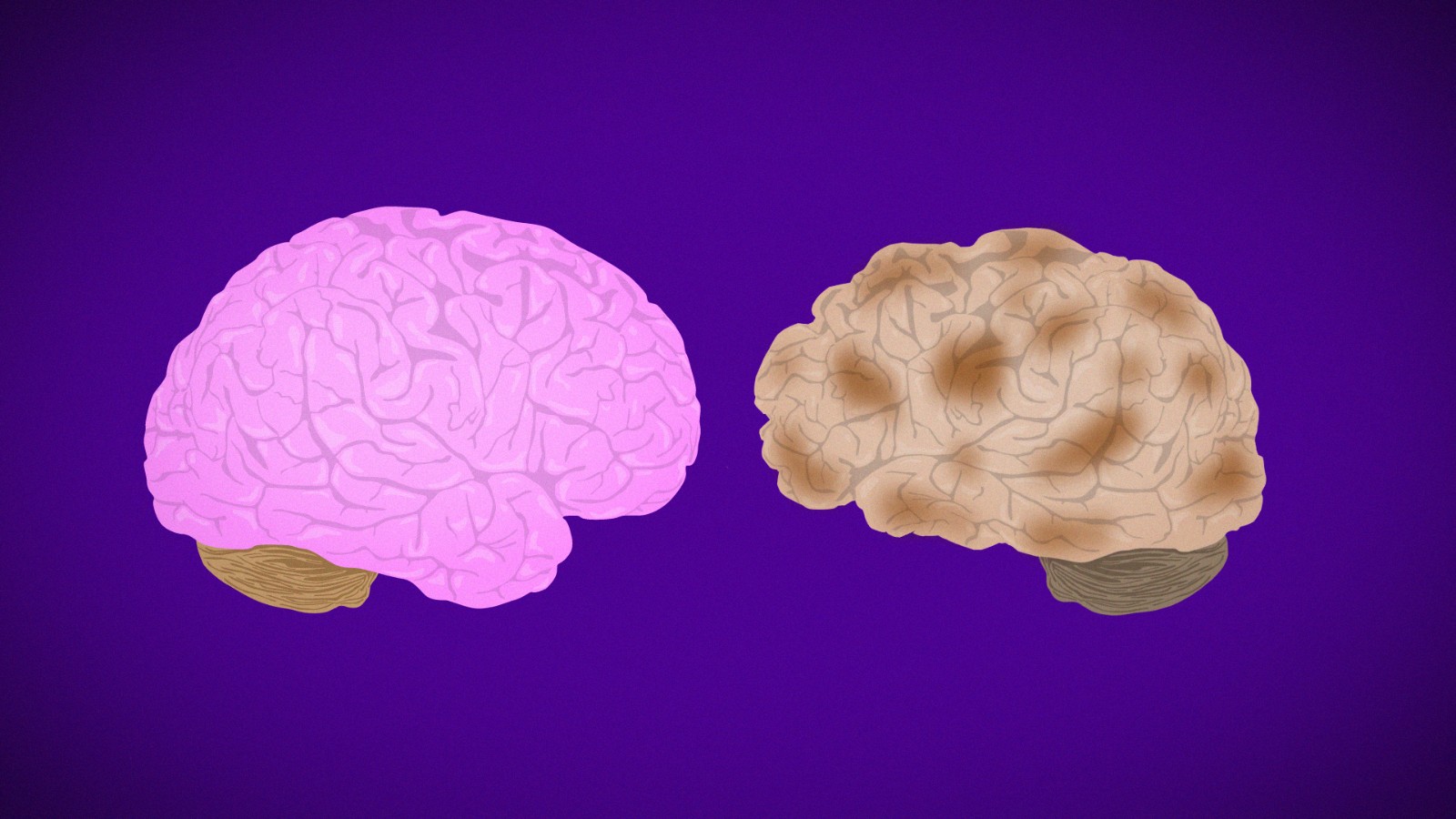 Alzheimer’s disease is the most common form of dementia, which is a general term for the loss of memory and intellectual abilities.

Alzheimer’s disease is fatal and there is no cure. It is a slow-moving disease that starts with memory loss and ends with severe brain damage.

The disease is named after Dr. Alois Alzheimer. In 1906, the neuropathologist did an autopsy on the brain of a woman who died after exhibiting language problems, unpredictable behavior and memory loss. Dr. Alzheimer discovered the amyloid plaques and neurofibrillary tangles, which are considered the hallmarks of the disease.

Family history – Genetics play a role in an individual’s risk of developing the disease.

Head trauma – There is a possible link between the disease and repeated trauma or loss of consciousness.

Early-onset Alzheimer’s is an uncommon form of dementia that strikes people younger than age 65.

March 9, 2014 – In a first-of-its-kind study, researchers report they have developed a blood test that predicts with astonishing accuracy whether a healthy person will develop Alzheimer’s disease.
September 2014 – The research journal Aging reports that in a small study at UCLA, nine out of the 10 patients involved, said their symptoms reversed after they participated in a rigorous program that included things like optimizing Vitamin D levels in the blood, using DHA supplements to bridge broken connections in the brain and strategic fasting to normalize insulin levels.
September 11, 2015 – The Journal of Neurology publishes a study that suggests that the compound resveratrol, when taken in concentrated doses, may have benefit in slowing the progression of Alzheimer’s disease.
November 23, 2016 – US drugmaker Eli Lilly announces it is ending the Phase 3 clinical trial of its Alzheimer’s drug solanezumab. “Patients treated with solanezumab did not experience a statistically significant slowing in cognitive decline compared to patients treated with placebo,” the company says in a statement.
February 2017 – The drug company Merck halts the late-stage trial of its Alzheimer’s drug verubecestat, after an independent study found that it had “virtually no chance” of working.
July 25, 2018 – Additional results of an early clinical trial for an experimental drug, the antibody called BAN2401, shows that it improved cognition and reduced clinical signs of Alzheimer’s in the brains of study participants. Details about the immunotherapy were announced at a news conference during the 2018 Alzheimer’s Association International Conference.
February 28, 2019 – The journal Nature Genetics publishes a study that reveals four new genetic variants that increase risk for Alzheimer’s disease. The genes appear to work in tandem to control bodily functions that affect disease development.
March 21, 2019 – Pharmaceutical company Biogen announces that they are ending two Phase 3 clinical trials of a drug that targets the buildup in the brain of beta-amyloid, one of two proteins that researchers believe contribute to the development of Alzheimer’s. The drug, called aducanumab, was considered to be a promising candidate in improving cognitive function.
October 22, 2019 – Biogen announces that it will apply for regulatory approval for aducanumab and begin new studies. “The decision to file is based on a new analysis, conducted by Biogen in consultation with the FDA, of a larger dataset from the Phase 3 clinical studies that were discontinued in March 2019 following a futility analysis.”
March 13, 2021 – The New England Journal of Medicine publishes a study indicating that Eli Lilly and Company’s experimental intravenous drug donanemab could slow the cognitive decline of patients with Alzheimer’s disease, according to early clinical trial results.
June 7, 2021 – The FDA approves the use of the experimental drug aducanumab for early phases of Alzheimer’s disease, despite an FDA advisory committee concluding last year that there is not enough evidence to support the effectiveness of the treatment. This is the first time since 2003 the FDA has approved a novel therapy for Alzheimer’s.
April 4, 2022 – A study that uncovered an additional 42 genes connected to the development of Alzheimer’s disease is published.
April 7, 2022 – The Centers for Medicare and Medicaid Services announces it will restrict coverage of the controversial and costly Alzheimer’s drug Aduhelm to those enrolled in qualifying clinical trials.