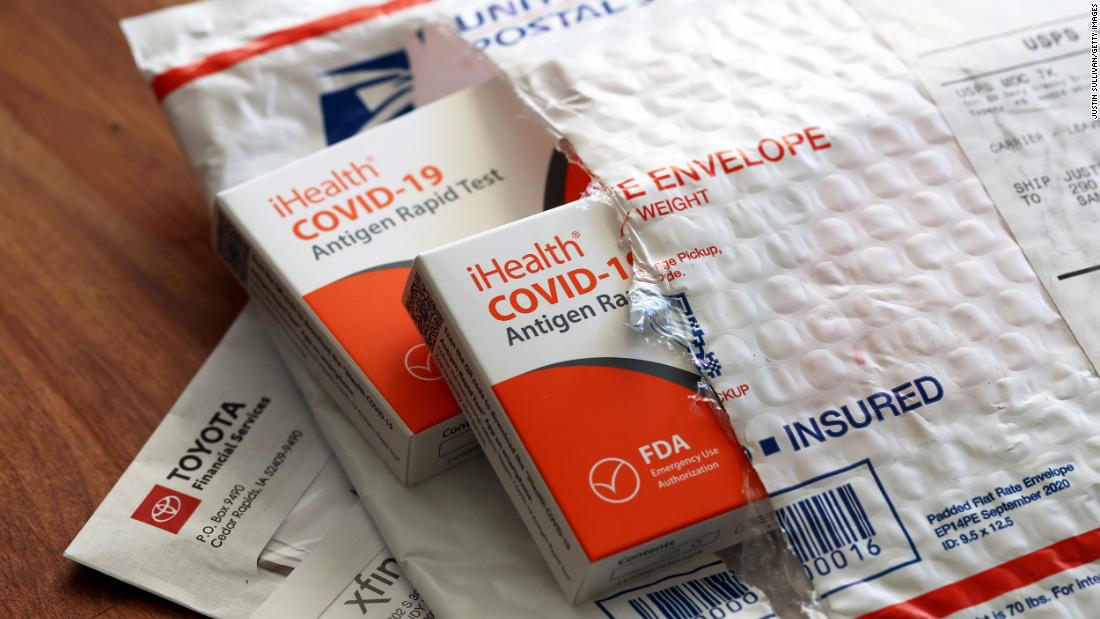 Covidtests.gov, the website to sign up for the free tests, launched in January, when people could order a maximum of four tests per household. Households that took part in that first round can now order an additional four.

Households that missed the first round of test giveaways can order up to eight tests through the website or by calling 1-800-232-0233.

People who want to order tests through the website can sign up with their name, email and home address. They’ll get emails with order confirmation and, later, a tracking number.

All of the tests provided are authorized by the US Food and Drug Administration and can provide results within half an hour.

Shipments will continue to be fulfilled by the US Postal Service. According to its website, the White House says tests will ship within seven to 12 days.

President Biden announced this second round of free Covid-19 tests in a video posted to his Twitter account Monday.

“Today I want you to know that if you’ve already ordered free tests, you can now order another round, shipped directly to your home and for free, so we’re prepared no matter what Covid-19 brings,” he said.

Though the President made the announcement on Monday, the website did not reflect the change until Tuesday.

The government’s plans to provide free tests were launched in the midst of the Omicron surge, as rapid tests were sold out at pharmacies across the country and online. To improve access to testing, the Biden administration announced the purchase of half a billion at-home Covid-19 tests to be mailed to Americans.

The President announced plans for a second round of free rapid tests during his State of the Union address last week. At the time, fewer than 300 million of the initial 500 million had been ordered, according to White House Assistant Press Secretary Kevin Munoz.