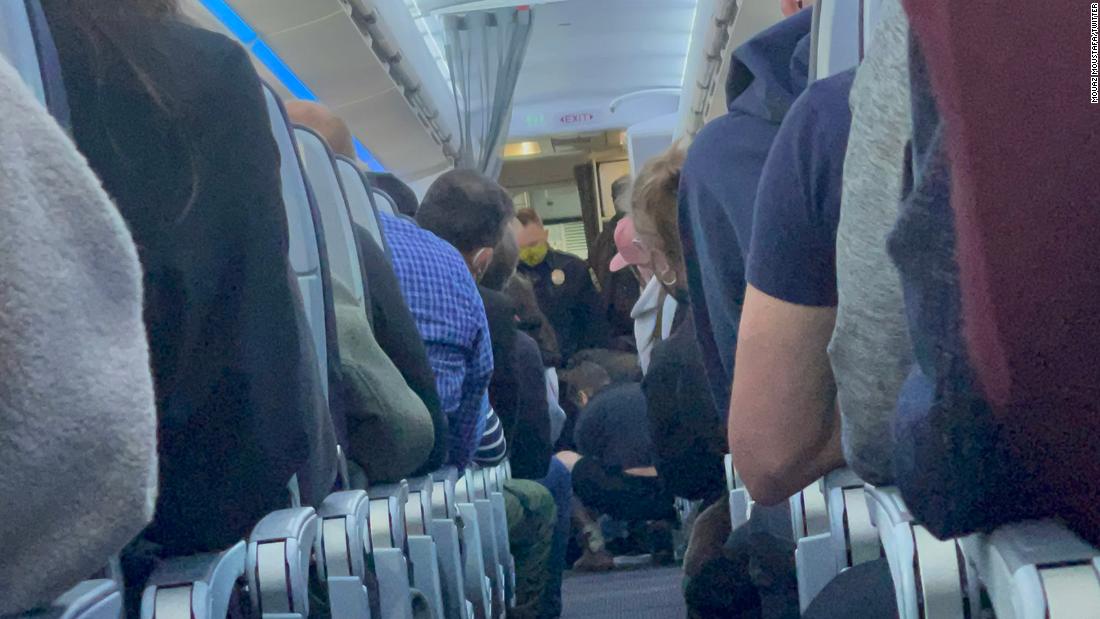 “American Airlines flight 1775 with service from Los Angeles (LAX) to Washington, D.C. (DCA) diverted to Kansas City (MCI) due to an unruly passenger,” the statement, provided to CNN, said.

“The flight landed safely at MCI at 2:28 p.m. local time, and law enforcement was requested to meet the flight on arrival,” it added. “We’re grateful to our crew members, who are consistently dedicated to the safety and care of our customers and who handled the circumstances with the utmost skill and professionalism.”

Kansas City Aviation Department spokesperson Joe McBride told CNN there was a “passenger interfering with the flight crew,” adding the incident will be under the jurisdiction of the FBI.

The FBI confirmed the incident in a statement to CNN, adding the individual in question had been taken into custody.

“The flight was diverted due to an unruly passenger interfering with the flight crew,” the FBI’s statement said. “The individual has been taken into custody. No further information is available at this time.”

The Federal Aviation Administration also confirmed to CNN that the flight’s crew reported a passenger disturbance aboard the Airbus A321.

Mouaz Moustafa, a resident of Washington, DC, was aboard the flight and told CNN he saw a flight attendant yelling to another flight attendant to turn the lights on. The plane began rapidly descending, Moustafa said.

More people went up to the front of the plane to help hold the passenger down, Moustafa said. Moustafa told CNN the passenger was trying to get into the cockpit and open the plane door, and a flight attendant used a coffee pot to hit the man over the head.

When the flight landed, police and the FBI came onboard, Moustafa said. Passengers were being rescheduled on another flight.

According to FAA data, 2021 was a bad year for unruly airplane passenger behavior in the United States, with 5,981 reports of unruly passengers logged by the agency as of December 31. Of those, 4,290 — nearly 72% — were mask-related incidents.