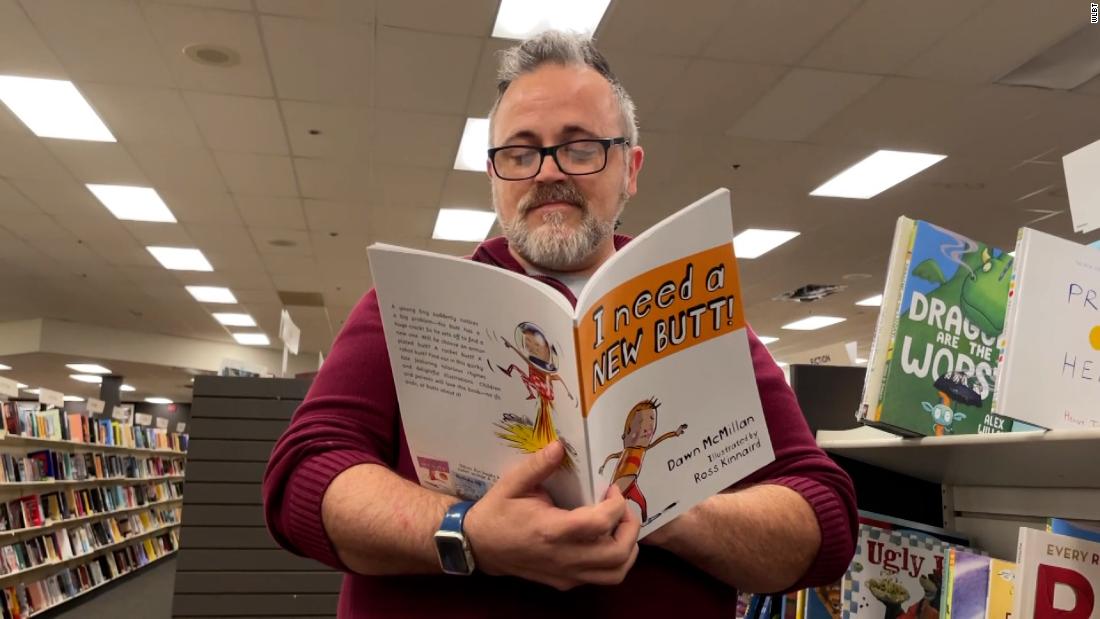 Toby Price, the now former assistant principal at Gary Road Elementary School in Byram, told CNN he decided to read the book on March 2 when another principal failed to attend their mass Zoom read aloud. Price improvised, grabbed the book from his office and began to read.

The book — written by Dawn McMillan and illustrated by Ross Kinnaird — is ranked 34th in Amazon’s “Top 100 in Books” and has a reading age for 6-to-10-year-olds. It’s about a boy who notices his bottom has a “huge crack” and sets off to find a new one, according to Amazon’s synopsis of the book.

“Wasn’t a lot of thought put into it. I just grabbed a book that I had nearby that I knew that I loved, I thought the kids would like and read it,” Price said.

Turns out he was right. The kids loved the book, he told CNN.

“They kept coming up to me and telling me how funny they thought it was,” Price said.

Price was later called to the superintendent’s office, where everything became a “blur.” He was forced to resign or be terminated immediately.

He said he chose not to resign because he felt resigning was “almost like saying they were right and you were wrong.”

A March 3 termination letter signed by Hinds County School District superintendent Delesicia Martin outlined violations of the Mississippi Educator Code of Ethics, Standards of Conduct. Price did not demonstrate “professional standards” or maintain an environment free from “unnecessary embarrassment or disparagement,” according to the letter.

Price read phrases like “fart” or “blew his butt apart and split it clean in two” and showed illustrations of the character’s naked bottom, which all contributed to the reason for his termination, as outlined in the letter.

PEN America, a literature and human rights free expression organization, deemed the decision to be “a threat to the freedom to read, learn, and teach.”

“In positioning the act of reading a book as a violation of ethics, the district is implying that any educator could be terminated under similar circumstances, whenever an anonymous source feels a book read to students is ‘inappropriate’ for any reason,” PEN America said in a response to the termination letter.

Price argued “research shows that if you can get kids interested in reading at a young age, they are more likely to become lifelong readers. Kids need fun silly books to help hook and engage them into reading. This was a fun and silly book, nothing more.”

Price and his attorney Joel Dillard will attend a public hearing with the school division on March 21 regarding the charges made against him.

Byram is located around 10 miles southwest of Jackson.