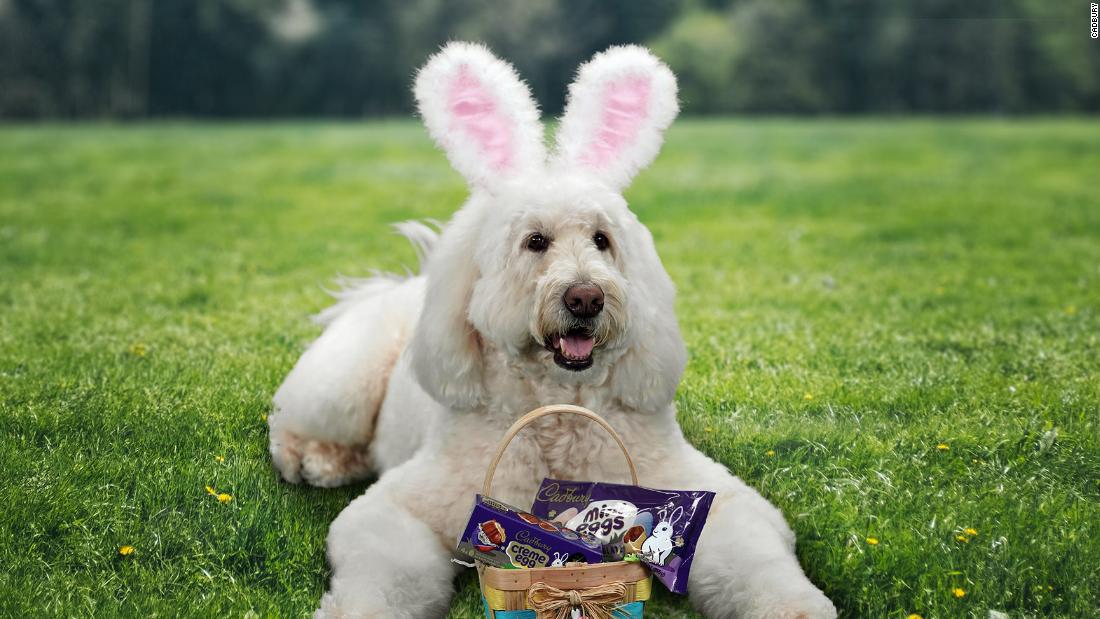 The winning canine is an English Doodle — a cross between a poodle and an English cream golden retriever — from Cincinnati, according to a statement from Cadbury. And she loves “doing therapy work to make nursing home residents smile.”
Annie Rose won out in a national voting contest among an impressive field of candidates, including a bearded dragon, hedgehog, and llama. She follows in the minuscule footsteps of last year’s winner, a tiny tree frog from Florida named Betty.
As Cadbury’s “spokesbunny,” Annie Rose will star in a Cadbury commercial of her own and take home a $5,000 cash prize, according to a news release from Hershey, which manufactures and distributes Cadbury chocolate in the US.
In a Facebook post, Annie Rose’s owner, Lori Rahn, wrote that “I’m so in awe of the support, love, excitement and votes you guys gave us.”

The hardworking Doodle even continued her therapy duties during the pandemic. “When COVID-19 restrictions meant no visitors at nursing homes, Annie Rose didn’t give up,” says the Hershey news statement. “She worked even harder, dressing up and strutting her stuff outside the nursing home windows instead.”

The Cadbury brand also donated $20,000 to The American Society for the Prevention of Cruelty to Animals® (ASPCA®), according to the statement, after pledging to donate $5,000 for every incremental 5,000 votes received in the contest.

The Cadbury bunny is the brand’s mascot and frequently features in television ads as a rabbit that clucks like a chicken. For the past four years, Cadbury has held a contest for voters to pick any animal to represent the brand for a year.