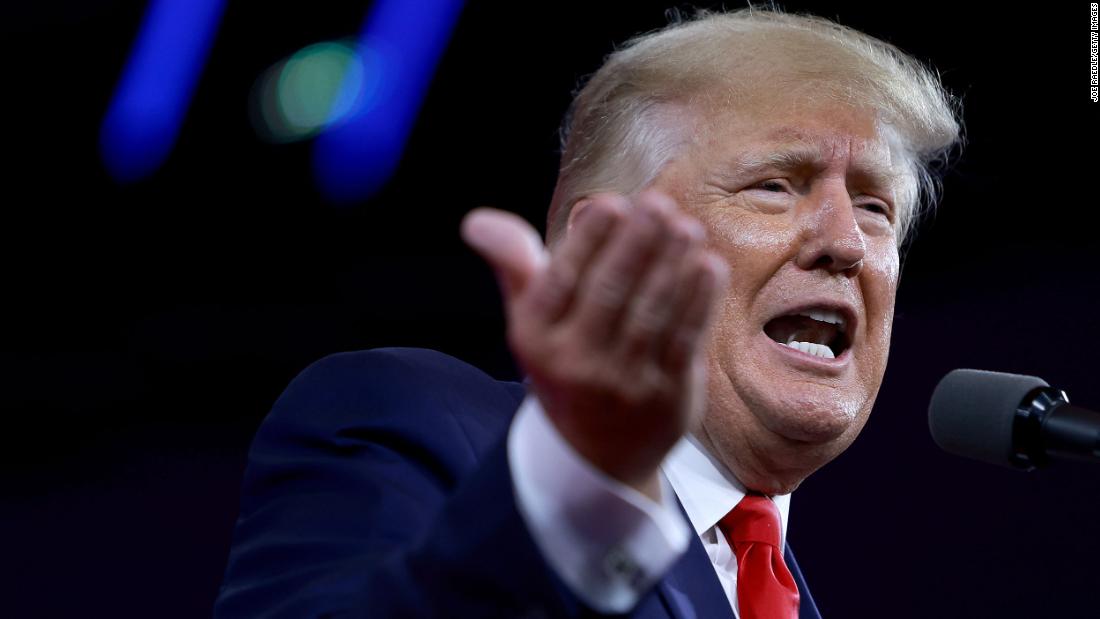 Eleven months ago, he endorsed Rep. Mo Brooks for the Alabama US Senate seat being vacated by Republican Sen. Richard Shelby.

“Few Republicans have as much COURAGE and FIGHT as Alabama Congressman Mo Brooks,” said Trump in the April 2021 endorsement.
That support immediately made Brooks the front-runner in the GOP primary. “With President Trump’s endorsement, it’s clearly Mo’s race to lose,” former Alabama Republican US Rep. Bradley Byrne told CNN at the time.

The intervening months have suggested that Brooks is well on his way to doing just that.

His fundraising has lagged badly behind that of Katie Boyd Britt, a former chief of staff for Shelby. Britt had raked in almost $5 million for her campaign through the end of last year, compared with just over $2 million for Brooks. (And according to Politico, Britt’s former boss is set to transfer major funds to a super PAC supporting her candidacy.)

Perhaps more importantly for Trump, Brooks — who had aggressively pushed the false idea that the 2020 election was somehow stolen — is, in the former President’s mind, softening on the issue.

“I am baffled by the view that we can do something right now to put Donald Trump into office today,” Brooks told a local radio talk show this week.

Add it all up, and Trump is beginning to look for an exit strategy.

“While Trump has been seething over Brooks’ lackluster campaign performance for several months now, four people familiar with the situation told CNN that he has reached his breaking point and is weighing when and how he might pursue a course correction in the contentious Republican primary. …”

That story followed an interview earlier in the week with The Washington Examiner in which Trump said Brooks was “disappointing.” Trump added: “I’m determining right now, has Mo Brooks — has he changed?”

But that’s not really what’s going on here. Remember the first rule of Trump: Always be a winner. And its corollary: Always associate yourself with winners.

Brooks looked like a sure-fire winner nearly a year ago when Trump endorsed him. He’s shown himself to be a mediocre candidate with much less of a chance of winning since then.

So Trump wants off the boat. Because that’s what he does.

The Point: Loyalty is a one-way street for Trump. He will be loyal to you as long as it’s good for him. And not one second longer. Sorry, Congressman.