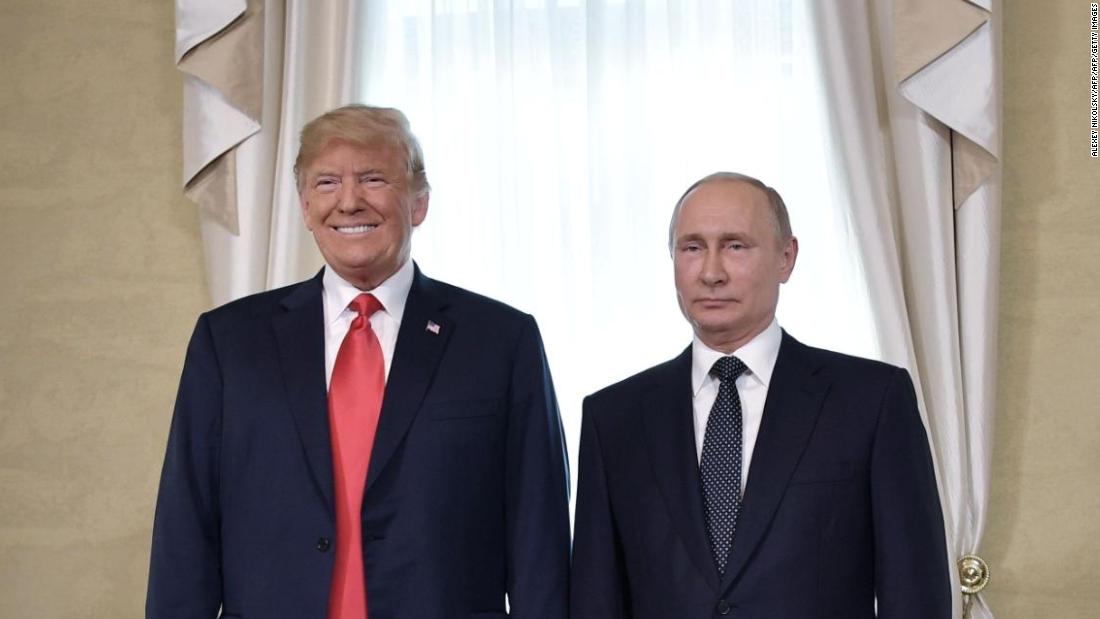 But a mistake implies that Trump did it once — unintentionally misspeaking in a way that didn’t represent his actual views.

The day after he made those comments, he effectively doubled down on them. “They say, ‘Trump said Putin’s smart.’ I mean, he’s taking over a country for two dollars’ worth of sanctions,” Trump told a crowd at a fundraiser at Mar-a-Lago, according to a recording of the event. “I’d say that’s pretty smart. He’s taking over a country — really a vast, vast location, a great piece of land with a lot of people, and just walking right in.”
Then, in a speech at the annual Conservative Political Action Conference last weekend, Trump, again, repeated his praise of Putin. “Yesterday reporters asked me if I thought President Putin was smart,” he said. “I said, ‘Of course, he’s smart,’ to which I was greeted with ‘Oh, that’s such a terrible thing to say.'” I like to tell them, ‘Yes, he’s smart.'”

And it’s not just these three times that Trump has praised Putin. Not even close!

There was the time on the campaign trail in 2016 when Trump said this: “The man has very strong control over a country. Now, it’s a very different system and I don’t happen to like the system, but certainly in that system, he’s been a leader. Far more than our president has been a leader.”
Or that time in 2017 when Fox’s Bill O’Reilly called Putin a “killer” and Trump responded: “There are a lot of killers. Do you think our country is so innocent? Do you think our country is so innocent?”
Or that time in 2018 when, after meeting with Putin in Helsinki, Trump took the Russian president’s side on the issue of meddling in the 2016 election. “I think that the United States has been foolish,” Trump said. “We’ve all been foolish. We’re all to blame.”
(If you want more — and there is a LOT more — check out this KFILE timeline of Trump’s past laudatory quotes about Putin.)

See, the thing is, Trump’s praise for Putin is a feature, not a bug. He has long admired Putin’s strongman tendencies and the power he exerts over his people.

Which means you shouldn’t buy what Graham is selling here. Mistakes are things people do unintentionally and then try to fix. Trump’s praise for Putin’s invasion doesn’t fit that bill.