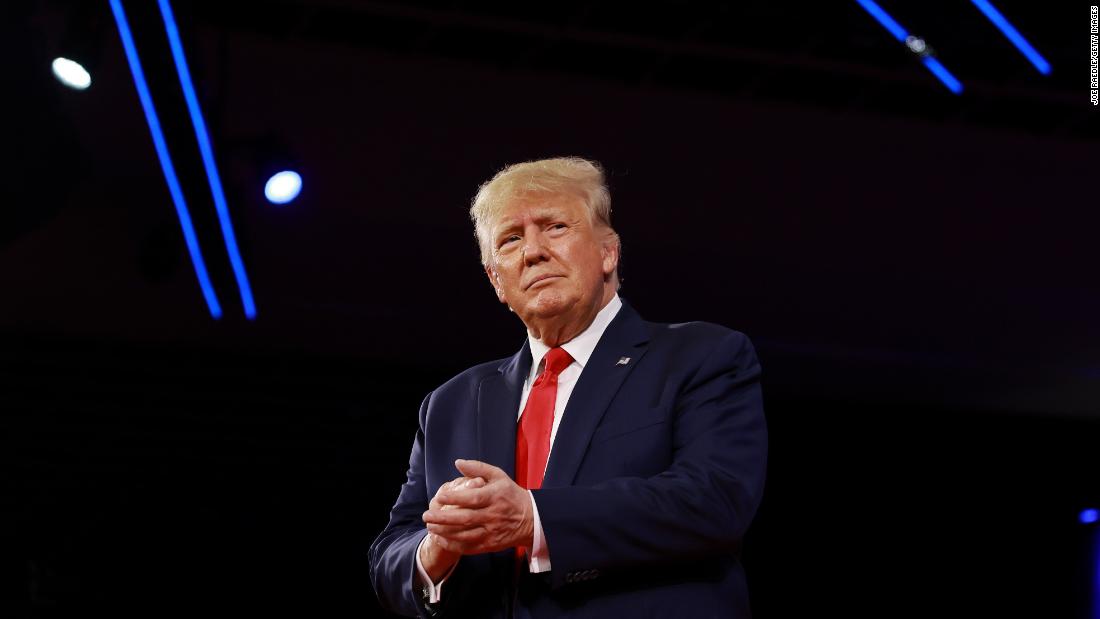 That belief was affirmed on Monday when a federal judge in California concluded that it is “more likely than not that President Trump corruptly attempted to obstruct the Joint Session of Congress on January 6, 2021.”

The ruling — courtesy of Judge David Carter — was as direct an acknowledgement of the former President’s legal peril as it relates to last year’s riot at the US Capitol as we have seen to date.

The case in which Carter ruled was whether the House committee tasked with investigating January 6 could gain access to communications from lawyer John Eastman, who penned an infamous memo making the case that then-Vice President Mike Pence could overturn the Electoral College results.

The judge ruled that more than 100 emails from January 4-7 were not covered by executive privilege and should be turned over to the committee.

“The illegality of the plan was obvious,” wrote Carter in his opinion. “Our nation was founded on the peaceful transition of power, epitomized by George Washington laying down his sword to make way for democratic elections. Ignoring this history, President Trump vigorously campaigned for the Vice President to single-handedly determine the results of the 2020 election.”
While neither Carter nor the January 6 committee can criminally charge Trump, rulings like this one quite clearly put added pressure on the Justice Department to seriously investigate his conduct and potentially even bring an indictment. There is currently no public indication that the DOJ is aggressively investigating Trump for his role in January 6.

It’s the latest blow for Trump in the 14 months since he left the presidency.

Last month, Mazars, Trump’s longtime accounting firm, publicly announced that it no longer stood behind the credibility of the past decade of its financial statements for Trump.

They did so, at least in part, due to an ongoing investigation by New York Attorney General Letitia James into allegations that Trump knowingly over- and under-estimated his company’s net worth to secure favorable conditions for loans.

That’s far from the only legal peril Trump faces. In Georgia, Fulton County District Attorney Fani Willis is looking into the possible criminality of Trump’s attempts to overturn the 2020 results in the state. And earlier this month, a judge rejected the former President’s attempt to countersue E. Jean Carroll, who has accused Trump of defamation.
Trump did get some good news, legally speaking, in recent weeks when two leading prosecutors working on the Manhattan district attorney’s criminal investigation into the Trump Organization’s finances abruptly resigned, casting doubt on the future of the probe. Trump’s legal team proclaimed victory, even though the DA investigation is technically ongoing.

The Point: Politically, Donald Trump looks like the Republican nominee in 2024 if he runs. What might stop that coronation? His ever-mounting legal problems.