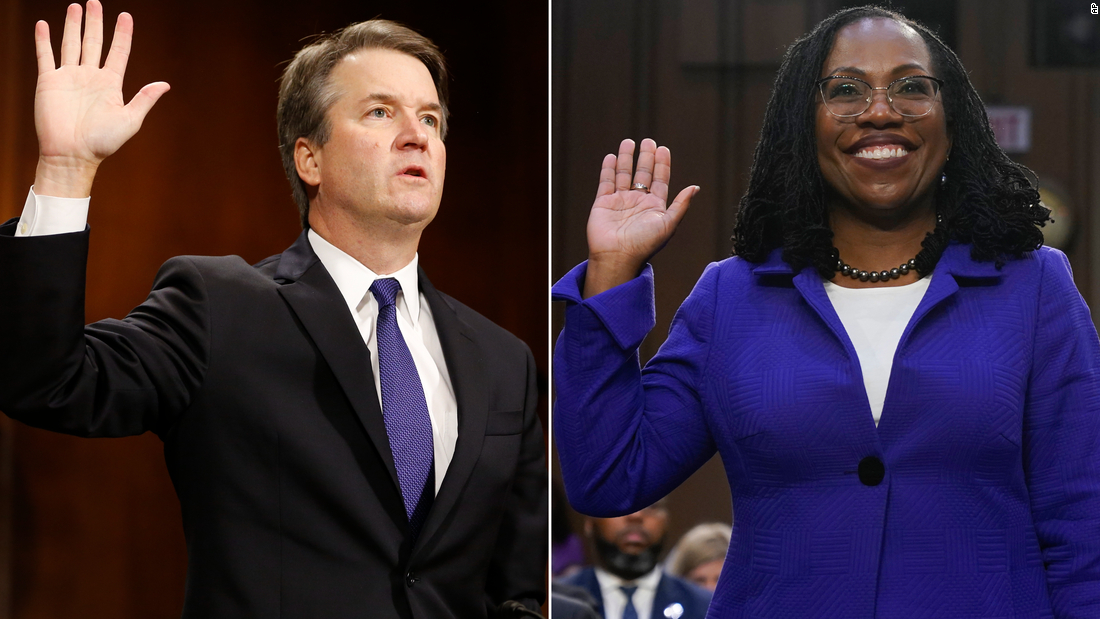 On the first day of hearings for President Joe Biden’s Supreme Court nominee, Ketanji Brown Jackson, GOP senators went beyond complaints about the 2018 Brett Kavanaugh and 2020 Amy Coney Barrett hearings. They dredged up the 1987 Robert Bork and 1991 Clarence Thomas hearings.

It’s a well-worn adage that each Supreme Court nomination picks up where the last one ended — accompanied by all the partisan hard feelings and sense of payback. But the Jackson hearings were shadowed Monday by a long list of GOP grievances tied to past nominations.

Leading Republicans believe certain nominees and their backers were wronged, and they cannot close the book on that sense of injustice. The substantive probing of Jackson’s record begins on Tuesday, and as Republicans foreshadowed their lines of inquiry Monday, notably related to her record on criminal defense issues, they made plain that nomination scars endure.

Recalling the past ordeals also may serve to get out ahead of criticism and blunt any claims that they are, in fact, smearing her as they believe past nominees were.

“No one is going to ask you with mock severity, ‘Do you like beer?’ ” Sen. Ted Cruz, a Texas Republican, said Monday, referring to questioning after Christine Blasey Ford accused Kavanaugh of sexually assaulting her at a party when they were both teenagers in suburban Washington, DC. Kavanaugh categorically denied the accusations.

Cruz faulted Democrats for the pattern of politically charged hearings. He referred to a commentator who insisted both sides have tried to “smear” candidates for America’s highest court.

“I was forced to laugh out loud, and say, Look, I understand that’s a pretty good talking point. It just happens not to be true,” Cruz recalled. “It is only one side of the aisle, the Democratic aisle, that went so into the gutter with Judge Robert Bork that they invented a new verb, ‘to Bork’ someone.”

Yet neither Cruz nor his GOP colleagues mentioned the fate of former US Appellate Judge Merrick Garland, whom the Republican-controlled Senate refused to consider in any way — no hearings, no vote — in 2016 for a vacancy after the death of Justice Antonin Scalia. Garland, then a choice of President Barack Obama, is now attorney general, appointed last year by Biden.

The first day of the confirmation hearings provided nearly four hours of senators’ opening statements before 12 minutes of remarks by Jackson, the first Black woman nominated to the high court. She spoke in personal terms of her faith and family, yet she also positioned herself in the broader canvas of American civil rights. She was born in the wake of the rights revolution that led to passage of the 1964 Civil Rights Act and 1965 Voting Rights Act. She said that her parents, “who had experienced lawful racial segregation firsthand,” were newly empowered by the protections and freedom those laws provided.

The Bork battle has been a GOP touchstone for decades because of how vigorously Democrats who controlled the Senate attacked the late US appellate judge’s narrow views of constitutional rights covering privacy and equal protection.

“Robert Bork’s America is a land in which women would be forced into back-alley abortions, Blacks would sit at segregated lunch counters, rogue police could break down citizens’ doors in midnight raids,” said the late Democratic Sen. Ted Kennedy of Massachusetts.

Senate Republican leader Mitch McConnell memorably took the floor back in 1987 to protest the Senate action against Bork and has raised it in nomination battles since. But Bork was given hearings and a floor vote, neither of which McConnell allowed Garland. Bork was defeated 58-42.

Four years after Bork, Thomas decried the Senate Judiciary Committee hearings that allowed Anita Hill to accuse him of sexual harassment from their years working together.

“This is a circus,” Thomas said, denying the claims. “It’s a national disgrace. And from my standpoint as a Black American, as far as I am concerned, it’s a high-tech lynching for uppity Blacks who in any way deign to think for themselves.” The Senate confirmed him 52-48.

Jackson’s hearings “won’t be a circus,” Graham told the nominee on Monday. Even as he and his fellow senators recounted past ordeals, Graham said the nominee may emerge unscathed, a “beneficiary” of sorts of previous battles.

And to his Democratic colleagues, Graham declared, “Most of us couldn’t go back to our offices during Kavanaugh without getting spit on. I hope that doesn’t happen to y’all. I don’t think it will.”