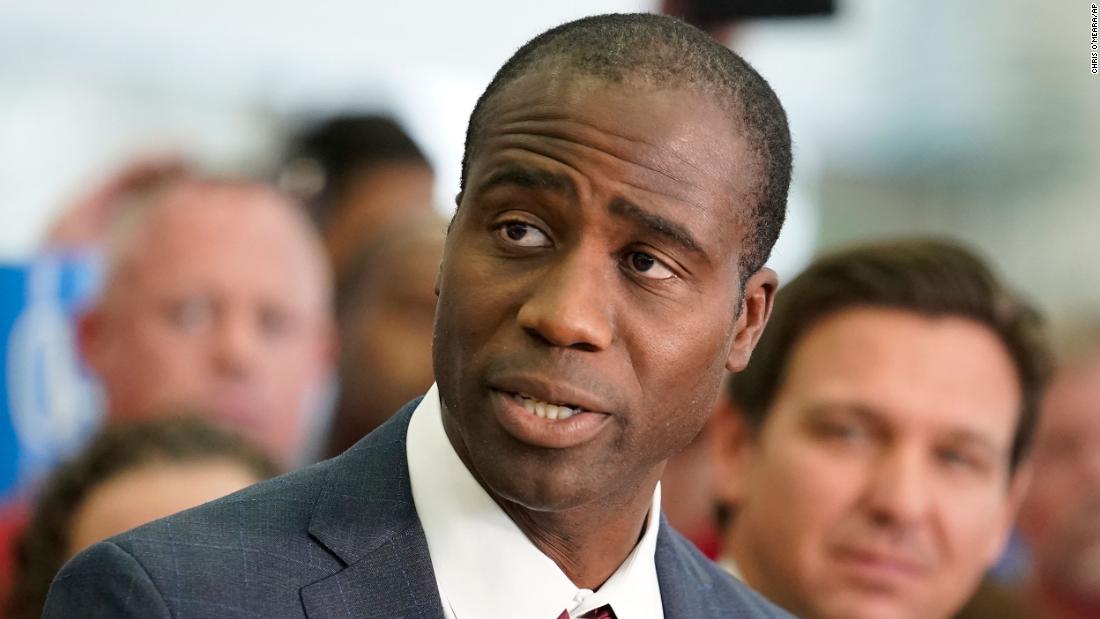 Contorno: There was no public indication leading up to Monday’s announcement that the state was going to take this unusual step. In fact, there was little indication it was coming just before it was announced.

Gov. Ron DeSantis had assembled Florida Surgeon General Dr. Joseph Ladapo and 10 other medical and scientific professionals for a live discussion on the “Failure of Lockdowns and Mandates.” Included were some of the medical community’s most vocal skeptics of pandemic mitigation measures. They spent the bulk of the conversation — which was recorded in a West Palm Beach studio and aired on social media and Rumble by DeSantis’ office — criticizing all the ways the US Centers for Disease Control and Prevention and federal government attempted to slow the spread of the coronavirus and protect people from infection. There was some discussion as to whether vaccines were necessary for kids, with the argument being that the virus does not seem to affect children like adults (though almost 4.5 million children have tested positive just since the beginning of January and some cases have resulted in dangerous complications).

But it was not until the very end of this 90-minute event that Ladapo abruptly shared his news, telling the viewing audience: “The Florida Department of Health is going to be the first state to officially recommend against the Covid-19 vaccines for healthy children.” He did not elaborate on it or explain how this decision had been reached, when it would be official or what led to this decision. Later Monday, DeSantis clarified that Florida parents would have the choice, but he added: “We are not just going to follow the CDC in the state of Florida. … We’re going to do our own stuff.”

Cillizza: Tell me about Ladapo — Is he someone who has been skeptical of Covid-19 mitigation measures before?

Cortorno: Yes. Ladapo was a controversial choice to lead the Florida Department of Public Health. DeSantis appointed him to the role after a distinguished career at UCLA where he worked with HIV patients and conducted research on cardiovascular diseases. However, during the pandemic, he gained attention for challenging the consensus scientific opinion on vaccines, masks and mitigation strategies, often in the pages of the Wall Street Journal, and backing unproven Covid-19 therapies such as ivermectin and hydroxychloroquine.
After joining the DeSantis administration, he notably refused to wear a mask in the presence of a state senator with breast cancer, even after she asked him to. During his confirmation hearings, he would not say if he was vaccinated and declined to weigh in on the effectiveness of vaccines against coronavirus. At one point, Democrats walked out of the hearing as Ladapo continued to avoid their questions.
But DeSantis has leaned on Ladapo to promote the state’s unconventional response to the coronavirus outbreak. Unlike his predecessor, a pediatrician named Dr. Scott Rivkees who was rarely seen after sharing a less-than-rosy outlook for the pandemic, Ladapo has become the face of the governor’s response. He joins DeSantis at press events around the state. I have seen him pose for pictures with DeSantis supporters. The two have been in lock step in pushing Florida further from the scientific and medical community consensus. DeSantis calls him a “superstar.”

Cillizza: How will this be implemented in schools and the like. Does this announcement actually change much?

Contorno: DeSantis had, through executive order, banned coronavirus-related vaccine passports to gain entrance to any business or government building, including schools. And last year, at his urging, Republican lawmakers passed a bill to codify that decree, which said any school, from preschool through college, “may not require students or residents to provide any documentation certifying Covid-19 vaccination or post infection recovery for attendance or enrollment.” DeSantis signed the measure into law, leaving it up to parents as to whether to vaccinate their child.

Cillizza: How do Ladapo — and Ron DeSantis — square the CDC guidance on mask wearing with what Florida is now doing?

Contorno: Despite the scientific literature to the contrary, Ladapo and DeSantis do not believe masks make a difference. They recently released a video and new guidance where they urged Florida businesses to stop requiring their employees wear masks. In a now-famous exchange, DeSantis approached a group of students appearing behind him at an event and quite sternly told them they did not have to wear masks, calling it “ridiculous” and “Covid theater.” The event took place in Tampa, which is in Hillsborough County. At the time, Hillsborough was designated by the CDC as an area with high risk for infection, meaning masks were recommended indoors.

The exchange wasn’t necessarily surprising, given DeSantis’ posture when it comes to the CDC. He and Ladapo have repeatedly criticized federal public health officials for not following the science. Of course, the CDC and the greater medical and scientific community at large say it is Florida that is ignoring health risks and perpetuating this pandemic. In response to Ladapo’s announcement yesterday, for example, the Florida Chapter of American Academy of Pediatrics spoke out in support of vaccines for children five and older, calling it the “best hope for ending the pandemic.”

Contorno: “wonder how many Florida parents did not vaccinate their kids because of this guidance.”

DeSantis was an early backer of vaccines and made a strong push to get shots into the arms of seniors here. But his advocacy noticeably fell off as younger populations proved more skeptical of the vaccine, especially in conservative populations. By the time children became eligible for the vaccine, DeSantis was mostly focused on other treatments and had almost stopped encouraging people to get shots or boosted.

To date, about 25% of the child-eligible population is fully vaccinated in Florida. That’s about 5 percentage points lower the national average. And with Florida parents now receiving conflicting advice from state and federal health officials, it would not be surprising if the gap grows, especially once children under five become eligible.