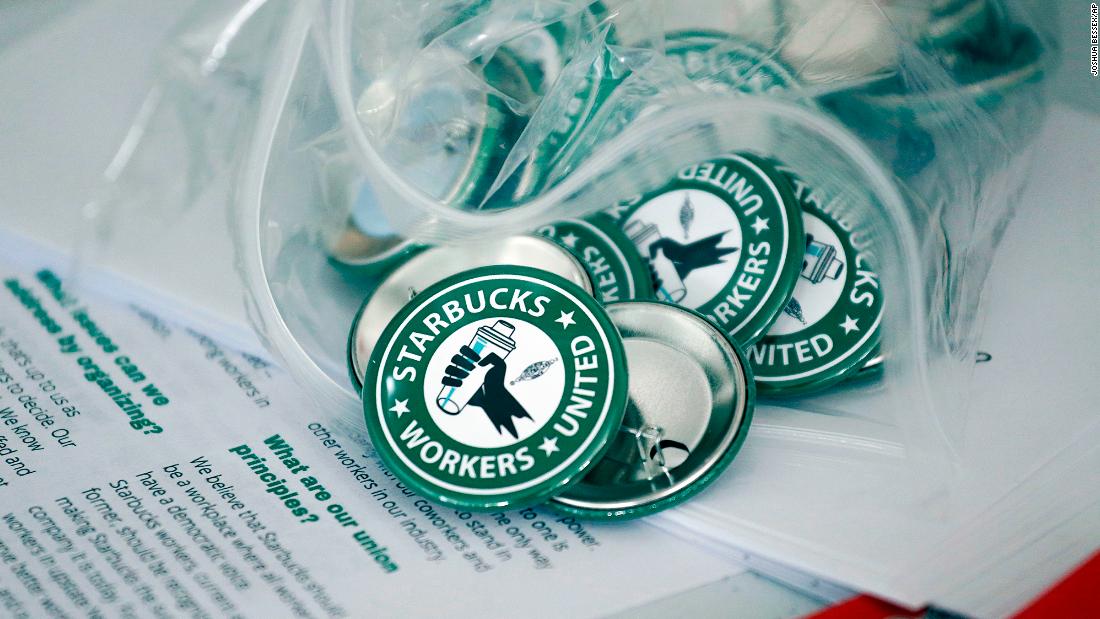 Votes by up to 43 workers at a Starbucks in Mesa, Arizona will be counted Wednesday afternoon. The employees were sent ballots by the National Labor Relations Board after the Starbucks Workers United union filed signed cards requesting to organize. It will become the fourth location nationwide to hold such a vote.

In December votes were counted at three Starbucks in Buffalo, New York. One became the first location to have workers, known as “partners” in the company’s parlance, vote in favor of the union. Another store voted against unionizing, and the union is challenging that vote.

The third location’s vote was initially left undecided as both the union and the company challenged ballots, which were eventually decided in the union’s favor. The two unionized stores in Buffalo have about 30 employees each.

It’s possible that challenged ballots may once again stop a clear winner from being declared in Mesa Wednesday. But it’s clear is that this vote will not be the last.

There are 77 more stores, spread across 24 states, where the union has filed cards signed by workers seeking an election. At three of those stores, also in the Buffalo area, votes are set to be counted next week. Some of the elections are not yet scheduled, but the union says it is confident of victory in most of the locations where it has filed for ballots.

But even if the union wins all those elections, it will still represent a fraction of the stores that Starbucks operates.

Company filings show Starbucks had 235,000 employees at nearly 9,000 company operated stores in the United States as of October 2021. And the company is throwing significant resources, including visits by top executives to the stores holding votes, to convince employees not to unionize.

“From the beginning, we’ve been clear in our belief that we do not want a union between us and partners, and that conviction has not changed,” the company said after the Buffalo vote in December. “However, we have also said that we respect the legal process. This means we will bargain in good faith with the union.”

Starbucks says it has better pay and benefits than many of its competitors, including health care coverage for part-time workers and college tuition reimbursement. It has issued two wage increases in the last 18 months, and in October, the company said it would raise wages to at least $15 an hour for baristas, with most hourly employees earning an average of nearly $17 an hour by the summer. And it says it has the best retention rate in the industry.

But besides better pay, those supporting the organizing effort say they want more input over how work is performed in stores. For example, workers walked off the job at the first unionized store in Buffalo for about a week in January to voice concern about safety measures in the face of the Omicron surge.

“I’ve worked other places. I think Starbucks is better than other companies in the industry,” said Jaz Brisack, one of the workers at that Buffalo store. “But that’s how they get away with not being the best they can be.”

Starbucks responded that it had previously closed that and other locations in Buffalo to the public because of the Covid surge, temporarily serving customers only through takeout orders. It said it was taking steps beyond those recommended by public health officials.

The union said the organizing effort has been driven by employees at stores throughout the country and that it has no time frame as to when it hopes to win elections at hundreds or perhaps thousands of the company’s locations nationwide.

“This is driven by Starbucks workers, not the union, not paid organizers,” said Ian Hayes, one of the union’s attorneys. “The workers are coming to the union and saying ‘We want to organize at our store.’ We’re not the ones to decide which stores to organize, and in what order. This is how they’re trying to take control of their working lives. They’re the ones in the drivers seat, not the union.”

Although many of the stores the union has filed to represent are in states with strong pro-labor histories, including Michigan, New York, California and Starbucks’ home state of Washington, elections will also be held at locations in states with low unionization rates, such as Tennessee, Texas, Georgia and Arizona, the state where this week’s vote counting is taking place.

Those who study labor movements say this is already a significant union effort given the difficulty that labor has organizing new businesses, especially at restaurants and bars. Data from the Labor Department shows that only 1.2% of workers in the sector are union members, tying it for the lowest share of union membership of any sector tracked by the Bureau of Labor Statistics, along with finance and professional and technical services.

Unions are working diligently to reverse decades of declining power in the United States. To accomplish that, organizing new members and new industries will be crucial.

While nearly 34% of government workers are represented by unions, only 6% of the more than 116 million workers at private sector US businesses were union members last year, according to the Bureau of Labor Statistics. The overall percentage of unionized workers stands at 10.2% and has been steadily declining for nearly 40 years, down from 16.8% in 1983, the first year it was calculated by BLS.

“I think it is significant already. We haven’t seen this scale of organizing in these kinds of establishments before,” said Alexander Colvin, professor of labor relations at Cornell University.

The fact that the union has filed for so many additional elections in the wake of its first win shows the potential for that organizing effort to grow, and the importance that a win in Mesa could have, said Todd Vachon, an assistant professor and director of labor education at Rutgers University.

“If it’s a win, it’ll fuel more workers in other locations to organize,” he said. “I think the positive effect of winning would be bigger than the negative effect of losing.”