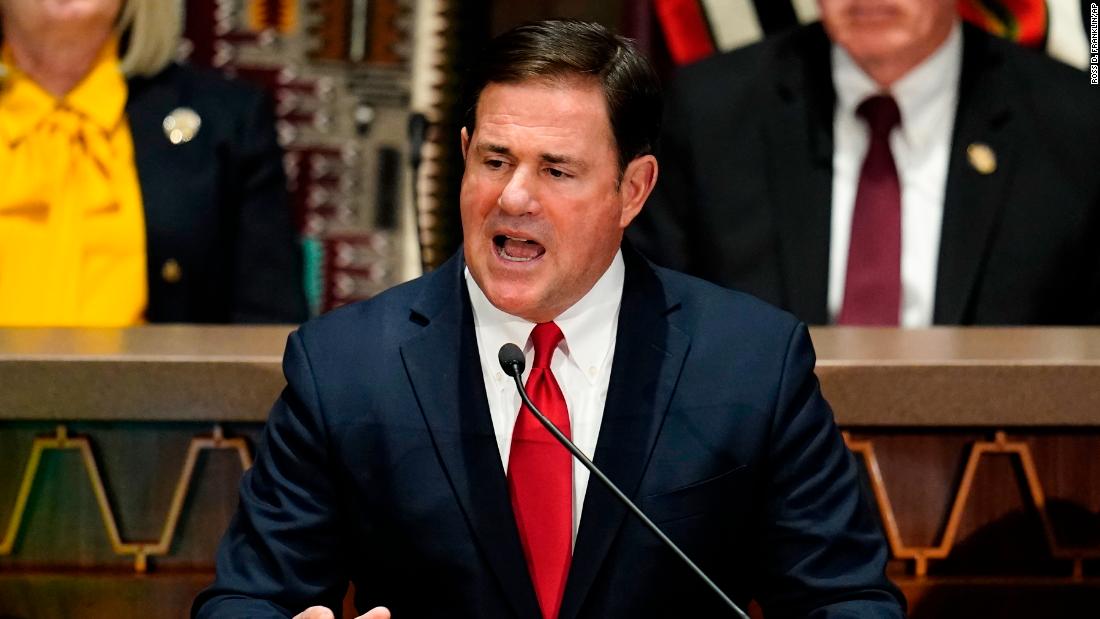 State law already requires Arizona residents who want to register to vote in state elections to provide proof of citizenship. But this legislation, passed by the GOP-controlled legislature, extends those requirements to residents who are only voting in federal elections. Currently, individuals who use a federal voter registration form are required to attest under penalty of perjury that they are a citizen, but proof is not required.

Under the new law, elections officials would need to verify the citizenship status of any voter who submits a federal voter registration form without the proper proof. And any county recorder or election official who doesn’t attempt to verify citizenship status and knowingly registers a voter without the proper documentation could be charged with a felony. The state attorney general could also investigate any voter without proof of citizenship and could prosecute noncitizens who register to vote.

Voting rights advocates point out that many voters didn’t have to previously provide such proof. Critics also say that such documentation is not readily available when people are filing out the forms.

“People can probably produce (the documentation) if they know they need to, but they’re probably not going to have them in the grocery store (when at a voter registration drive),” Alex Gulotta, Arizona director of All Voting is Local, told CNN Wednesday.

Critics also say the bill would do most harm to voters who lack a valid state driver’s license or identification card like students, the elderly and tribal communities. They say they are expecting litigation to challenge the legislation.

“We are exploring that option, joining with other groups,” Pinny Sheoran, president-elect of the League of Women Voters of Arizona, told CNN.

In 2004, Arizona voters approved proposition 200, which requires individuals to provide proof of citizenship to vote in state elections. But in 2013, the US Supreme Court ruled that the state could not impose the citizenship requirement on federal-only voters.

State Rep. Jake Hoffman, the Republican sponsor of the legislation, said he’s confident it would withstand a court challenge.

“HB2492 is an incredibly well-crafted piece of legislation that is on sound legal footing and broadly supported by voters of all political parties,” he told CNN in an email. “I am confident that should Democrats challenge HB2492 in court it will only serve to further reinforce its clear constitutionality.”

The law goes into effect 90 days after the last day of the Arizona legislative session, which is scheduled for April 19, according to the 2022 session calendar. Arizona is set to be a battleground in November’s midterm elections.