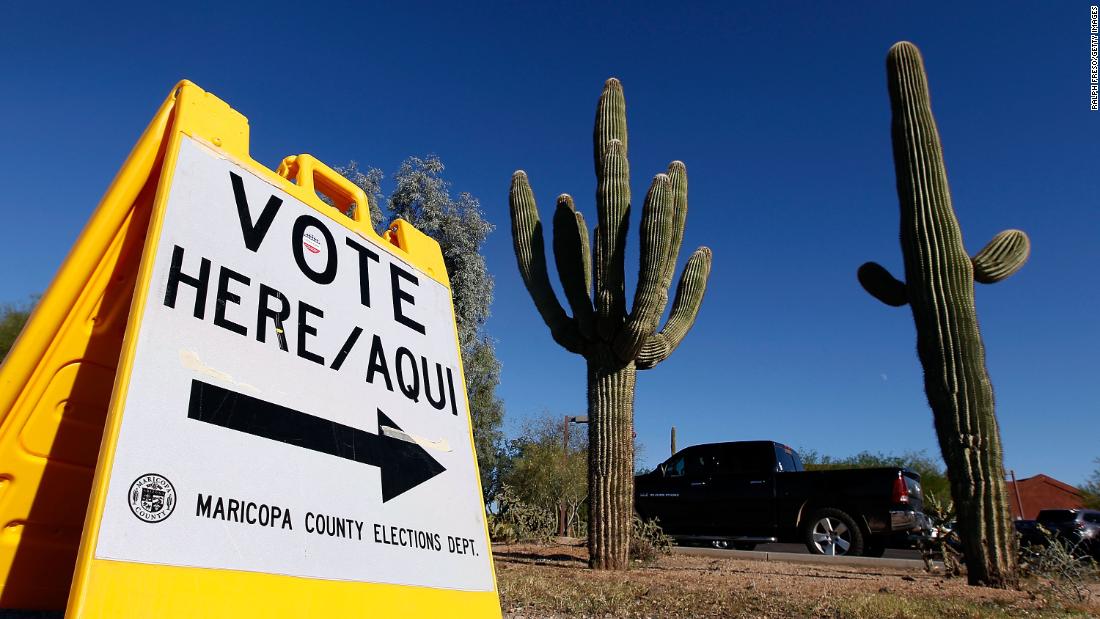 The court said in its order that it didn’t have original jurisdiction in the case and declined to hear the lawsuit.

The court also did not consider two other issues in the case — whether the state’s elections procedures manual should include guidelines on verifying voter signatures and whether the use of drop boxes for ballots are unconstitutional.

Republicans filed the lawsuit in February, arguing that the Arizona Constitution does not allow for mail-in voting or other forms of early voting but specifically directs that votes be cast in person.

The lawsuit said that “in-person voting at the polls on a fixed date is the only constitutionally permissible manner of voting.”

CNN has reached out to the Arizona Republican Party for a comment on the ruling.

The lawsuit is part of a larger effort in Arizona to change election laws over continued fallout from the 2020 election. The state has become ground zero for election deniers and allies of former President Donald Trump allies to push for more restrictive voting laws in a battleground state that now-President Joe Biden won by fewer than 11,000 votes in 2020.

For example, one bill, which was effectively killed in February by the Republican state House speaker, would have allowed the state Legislature to reject election results. Last week, Republican Gov. Doug Ducey signed legislation that will require all Arizonans to provide proof of citizenship and residency to register to vote.

Voting Rights advocates celebrated the decision they said would have harmed the more than 80% of Arizona voters who use the early voting system that has been around for over 30 years.

Eliminating early voting and mail-in voting “unjustly targets voters in underserved communities, the elderly, voters with disabilities, and those who live in rural communities or lack reliable transportation to the polls including Native Americans,” said Pinny Sheoran, president-elect of the League of Women Voters of Arizona.

Arizona Secretary of State Katie Hobbs, a Democrat who was named as a defendant in the lawsuit, also applauded the decision.

“Today, the Arizona Supreme Court dismissed this dangerous lawsuit that threatened early voting in the state. Arizona Voters will still be able to vote early, access drop boxes, and make their voices heard,” Hobbs, who is running for governor this year, said in a tweet Tuesday.