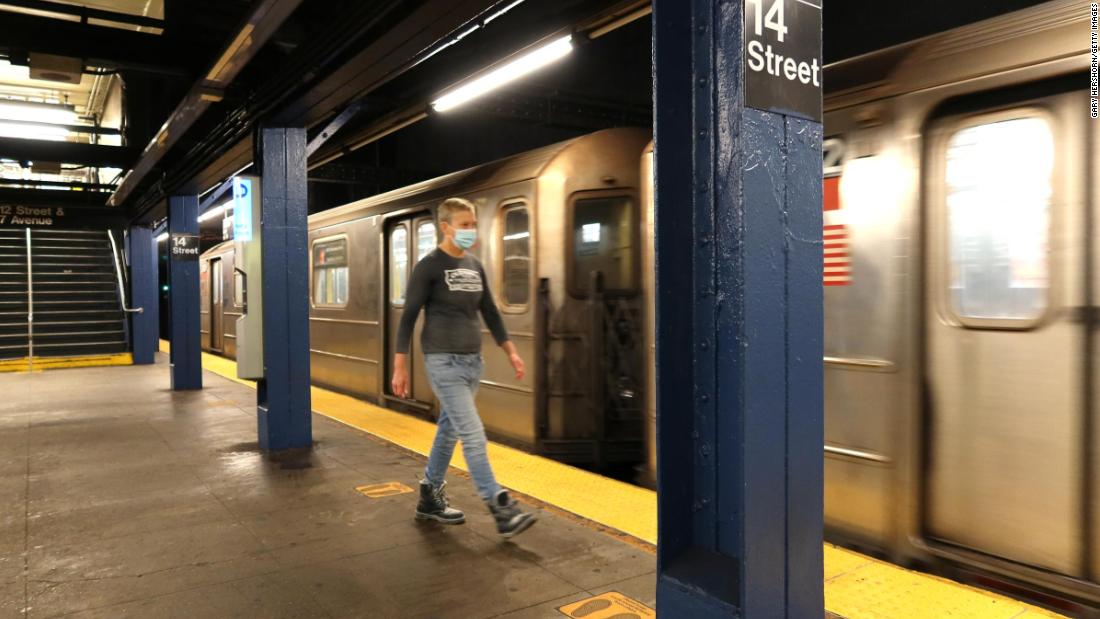 The 29-year-old victim and the suspect allegedly had a dispute around 9:15 p.m. at the 14th Street 1, 2, 3 subway station, an NYPD spokesperson told CNN.

The spokesperson would not say what kind of dispute it was or what was said.

Following the attack, emergency medical services were called, and the victim was transported to Bellevue Hospital in stable condition, the spokesperson said.

Police are still searching for a suspect.

The incident comes amid a spate of recent subway attacks that have pushed city officials to implement new safety measures to combat crime. Mayor Eric Adams, a former transit police officer, and Gov. Kathy Hochul highlighted a joint initiative last month to deploy law enforcement agencies and social services to tackle the issue.
Several of the attacks have targeted Asian Americans, including the death of 40-year-old Michelle Alyssa Go, who was pushed in front of a Times Square subway train in January. The NYPD described her death as a “random” attack and it was not investigated as an anti-Asian hate crime.
Still, hate crimes against Asian Americans have increased significantly over the past two years due to what experts say is anti-Asian bigotry related to the Covid-19 pandemic, which originated in Wuhan, China. In New York, hate crimes involving Asian Americans increased from 28 in 2020 to at least 129 incidents in 2021, said James Essig, NYPD chief of detectives, in a news conference in December.
The subway attacks have been particularly pronounced this year. There have been 54 incidents of crime that occurred within the New York City Transit system so far in 2022, compared to 19 incidents at this point last year, according to NYPD data. This marks a 184.2% increase in crimes committed within the transit system, which include grand larceny, robbery, and felony assault.
Three weeks ago, a 57-year-old scientist with the NYC Department of Health was hit with a hammer several times and robbed at the Queens Plaza subway station. A man was arrested and charged with attempted murder for that incident, police said.

The victim in that attack, Nina Rothschild, is relearning how to walk and climb stairs and is recovering from other injuries, including a broken arm, her brother Gerson Rothschild told CNN.

“She is very cheerful — no change at all in personality or cognitive abilities — and very determined to overcome her problems and I believe she will and will return to work at the Department of Health,” he said.