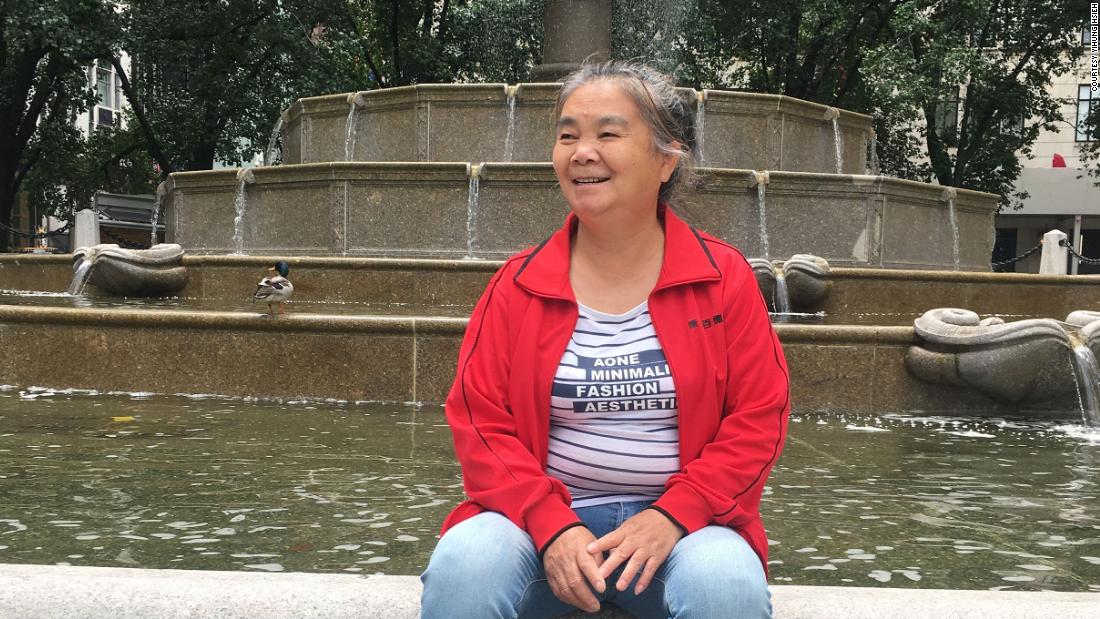 In November, GuiYing Ma, 61, was sweeping the sidewalk of an empty property in Jackson Heights when a man allegedly struck her in the head repeatedly with a large rock, injuring her face and head, police said at the time.

A day after the attack, the New York Police Department arrested a 33-year-old man in connection with the crime. That man was later identified as Elisaul Perez.

Perez is scheduled to appear in court on April 12 for another hearing. Queens Law Associates’ Attorney David Strachan, who represents Perez, declined to comment.

Yihung Hsieh, the owner of the Jackson Heights property, set up a GoFundMe page to help cover Ma’s medical expenses from the attack. He told CNN Ma had to have surgery to relieve pressure on her brain.

Ma died at 9:29 p.m. on February 22 at NYC Health & Hospitals/Elmhurst due to complications from blunt impact head injury, Hsieh said in a post on the GoFundMe.

“The attack permanently damaged the right side of Mrs. Ma’s brain. But the love between Mrs. Ma and her husband Mr. Zhanxin Gao remained,” a statement on the GoFundMe page read.

In early February — about 10 weeks after the attack — Ma woke up from her coma, the GoFundMe said. She was “able to raise her hand in response to Mr. Gao even though she could not speak still.”

When she woke up, Ma was able to move her right arm and right leg, CNN affiliate WABC reported.

The NYPD’s Hate Crimes Task Force was investigating the crime in November. CNN has reached out to the NYPD Monday for the latest on that investigation.

The NYPD created an Asian Hate Crime Task Force after an increase in attacks on Asian Americans during the Covid-19 pandemic.
Between March 19, 2020, and September 30, 2021, 10,370 hate incidents against Asian American and Pacific Islander people across the nation were reported to Stop Hate AAPI, a center that tracks reports of racism and discrimination against Asian Americans.

CNN’s Kiely Westhoff and Laura Studley contributed to this report.