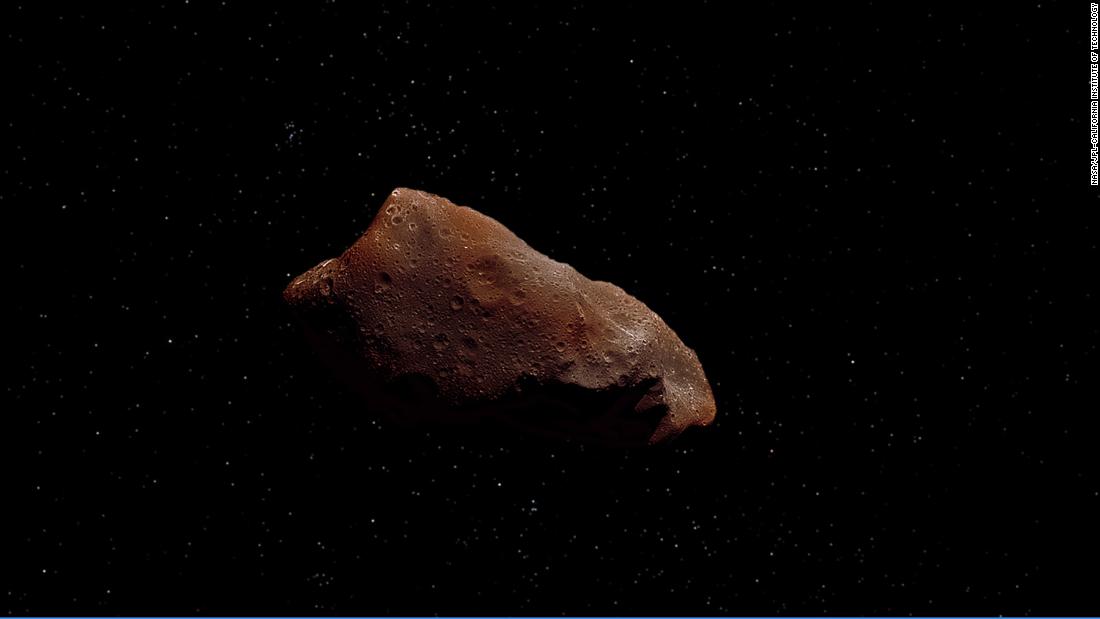 The space rock came within 79,000 miles (127,000 kilometers) of Earth, or about one-third of the distance between the moon and Earth, according to NASA’s Center for Near Earth Object Studies.
Named 2022 GN1, it was estimated to be 24.3 to 55.8 feet (7.4 to 17 meters) long and was traveling at 34,695 miles per hour (55,836 kilometers per hour), according to CNEOS.
That may seem like a large asteroid, but it’s actually quite small, according to Gianluca Masi, founder and scientific director of the Virtual Telescope Project. Some of the larger ones span .62 miles (1 kilometer), he added.
GN1 is about the same size as the Chelyabinsk Meteor, which was 59 feet (18 meters) long, said Mike Hankey, operations manager at the American Meteor Society.

The asteroid blew up near Chelyabinsk, Russia, in 2013, creating a shower of meteorites that injured more than 1,000 people, Hankey said.

Unlike Chelyabinsk, GN1 posed no risk to people, said Gianluca Masi, founder and scientific director of the Virtual Telescope Project.

“Its orbit was known well enough to conclude for sure it was not going to hit us,” he said.

Near encounters like the GN1 asteroid flyby offer scientists a chance to learn more about the space rocks, Masi said.

“These close approaches are precious opportunities to better investigate the smallest objects, which would be too faint if too distant,” he said.

The possibility of collision

With asteroids, there is almost always a possibility one can hit Earth. That’s why NASA’s Planetary Defense Coordination Office monitors objects in space that could potentially harm the planet.
One of the organization’s latest endeavors is the DART mission, or NASA’s Double Asteroid Redirection Test.

NASA is testing to see whether impacting an asteroid will change the direction and speed of it, which could be applied in the future to objects that pose a threat to Earth, the agency said.

The spacecraft launched on November 23 on a SpaceX Falcon 9 rocket from Vandenburg Space Force Base in California.

Its target is the Didymos asteroid system, which is made of a large asteroid called Didymos, and a smaller asteroid that orbits around it called Dimorphos. NASA’s goal is to hit the smaller asteroid, which will shorten the time it takes for Dimorphos to orbit Didymos by a few minutes, according to the space agency.

The spacecraft is scheduled to hit the asteroid on September 26, NASA said.