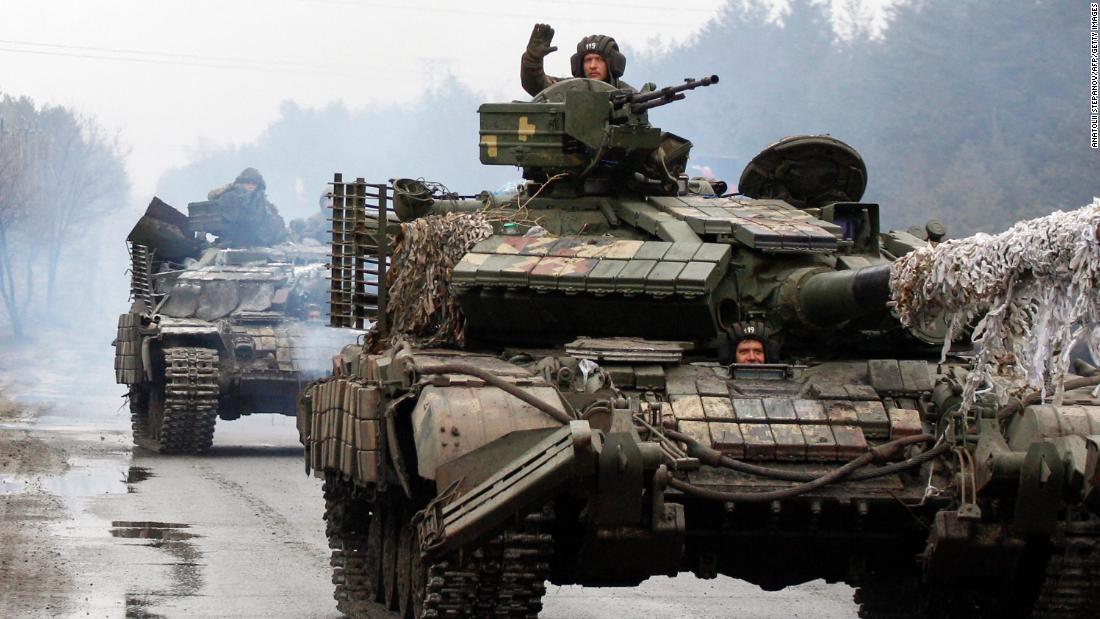 While at the airfield, Milley met with troops and personnel and examined the shipment activity, the official said Friday. The site has become a beehive of activity in recent days, going from a handful of flights each day to as many as 17, the field’s maximum capacity.

The airport’s location remains a secret to protect the shipments of weapons, including anti-armor missiles, into Ukraine. The Russian military has not targeted these shipments once they enter Ukraine, the official said, but there is some concern Russia could begin targeting the deliveries as its assault advances.

Since even before Russia’s invasion began late last month, the skies above Europe have been filled with military cargo aircraft of the US and others, particularly C-17s, the backbone of the US airlift fleet. The flights have been repositioning troops along NATO’s eastern flank, but also moving weapons to the transfer points where they can be delivered to Ukraine. The pace of the flights has only increased.

US European Command (EUCOM) is at the heart of the massive shipment operation, using its liaison network with allies and partners to coordinate “in real time” to send materials into Ukraine, a second Defense official said.

EUCOM is also coordinating with other countries, including the United Kingdom, in terms of the delivery process “to ensure that we are using our resources to maximum efficiency to support the Ukrainians in an organized way,” the official added.

Since Russia’s invasion began, 14 countries have sent security assistance to Ukraine, the official said, some of whom had rarely sent such substantial equipment before.

The “vast majority” of a $350 million US security assistance package has already been delivered to Ukraine, according to the official, only one week after it was officially approved by the White House.

Approximately $240 million of the package has reached Ukraine, and the rest should arrive within days and maybe weeks, “but not longer,” the official said Friday. The components that have already been delivered include “the most needed capabilities, like anti-armor capabilities.”

Once in possession of the weapons, the Ukrainians have used them to slow and stall Russian assaults in different parts of Ukraine.

“I think all of us have been tremendously impressed by how effectively the Ukrainian Armed Forces have been using the equipment that we’ve provided them,” the official said.

“We know that they have conducted attacks on that convoy, that those attacks were effective in slowing and stopping it,” another senior Defense official said Friday.

The speed at which the US now delivers weapons to Ukraine is dramatically faster than just two months ago. Most of a $200 million package approved in late December was delivered within a month, though some ammunition has yet to be shipped, the official said.

Meanwhile, the complete $350 million package, which the official described as the largest presidential drawdown in history, should be completed within days or weeks.