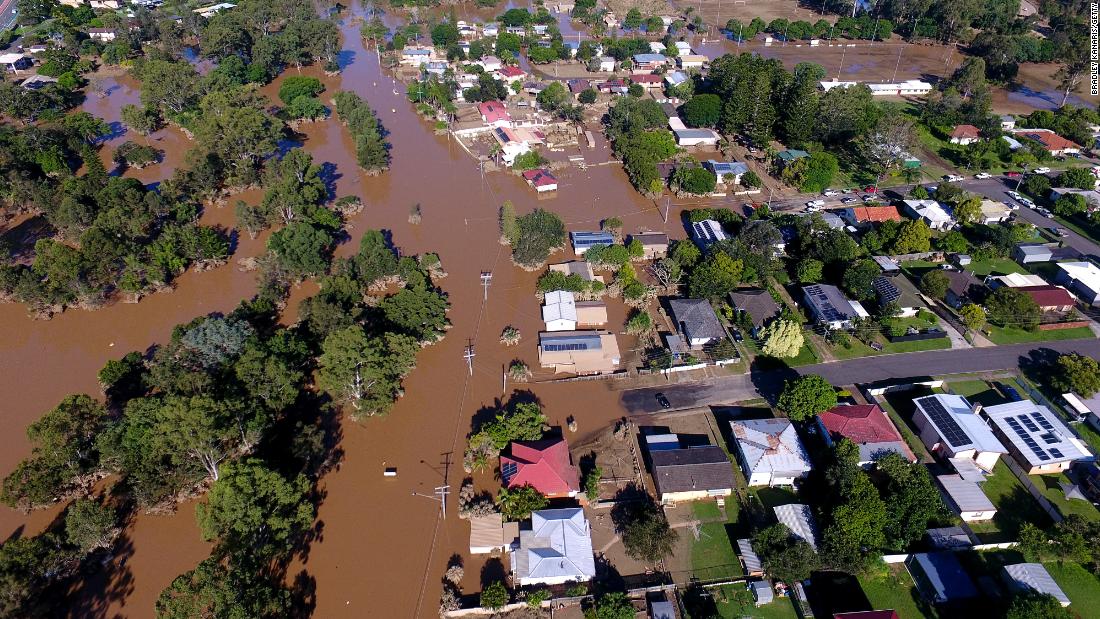 The death toll rose to 10 after a woman believed in her 80s was found dead inside a flooded property, police said.

Floodwater from the deluge, which began late last week, submerged several towns and bridges in Queensland and New South Wales, and was moving to the south with heavy rains and possible flash flooding forecast for Sydney.

“This rather significant weather system … we will see it come into the central coast of Sydney and we are already experiencing elements of that right now,” Prime Minister Scott Morrison said during a media briefing.

Sydney, Australia’s largest city and home to more than 5 million people, could receive up to 150 mm (6 inches) of rains within a six-hour period on Tuesday afternoon, the Bureau of Meteorology said. Sydney’s mean rainfall for March is 138 mm, according to official data.

New South Wales Premier Dominic Perrottet described the extreme weather as a “one-in-a-one thousand-year event” and said emergency crews carried out more than 1,000 rescues in the state after receiving 6,000 calls for help so far.

Hundreds of people are still stuck at their homes in the northern New South Wales city of Lismore, facing its worst floods on record, amid reports of some spending the night on rooftops. Mayor Steve Krieg told Channel Seven that nine people were still missing with 400 rescues yet to be carried out.

Around 50 people were rescued after they became stuck on a bridge overnight when fast rising waters submerged both ends, authorities said.

Australia’s east coast summer has been dominated by the La Nina climate pattern, which is typically associated with greater rainfall, for a second straight year.