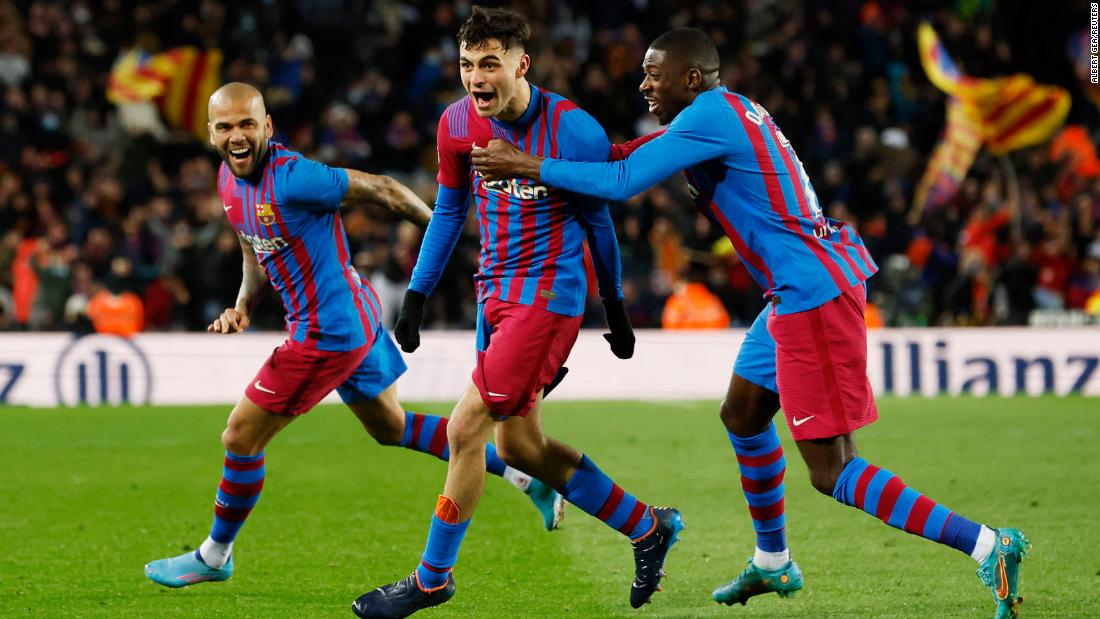 The 19-year-old Pedri created and scored the winner in a similar style to the trademark goals Lionel Messi scored for Barcelona before leaving to join Paris St Germain last year.

The midfielder was surrounded by defenders just outside the box but with three quick moves he left three opponents on the ground before finally finding a gap and rifling a precise shot past goalkeeper Yassine Bounou and inside the far post.

Barca are level on 57 points with Sevilla, who slipped to fourth, and third-placed Atletico Madrid but with a game in hand having played 29 matches. Real Madrid are top with 69 from 30.

Pedri’s goal in the 72nd minute broke the deadlock in a nervy game that could have gone either way as Sevilla made it difficult for Barca, dominating the majority of the first half and creating several opportunities to score at a packed Camp Nou.

But coach Xavi Hernandez’s side took control as the second half wore on, with Bounou making at least four great stops from Barca strikes from close range, before Pedri worked his magic.

“I always tell him to take his chances from outside the box. It’s a player that I don’t have a comparison for, he is unique with his talent both as a creator and as a finisher.”

Pedri praised his team mates and thanked the fans who ended the match chanting his name.

“It’s a crazy sensation listening to these fans, this stadium is amazing,” Pedri told reporters.

“Every time I saw a leg in front of me I just jinked. When I made the last jink and shot, I knew I had it. I knew it was a goal.”