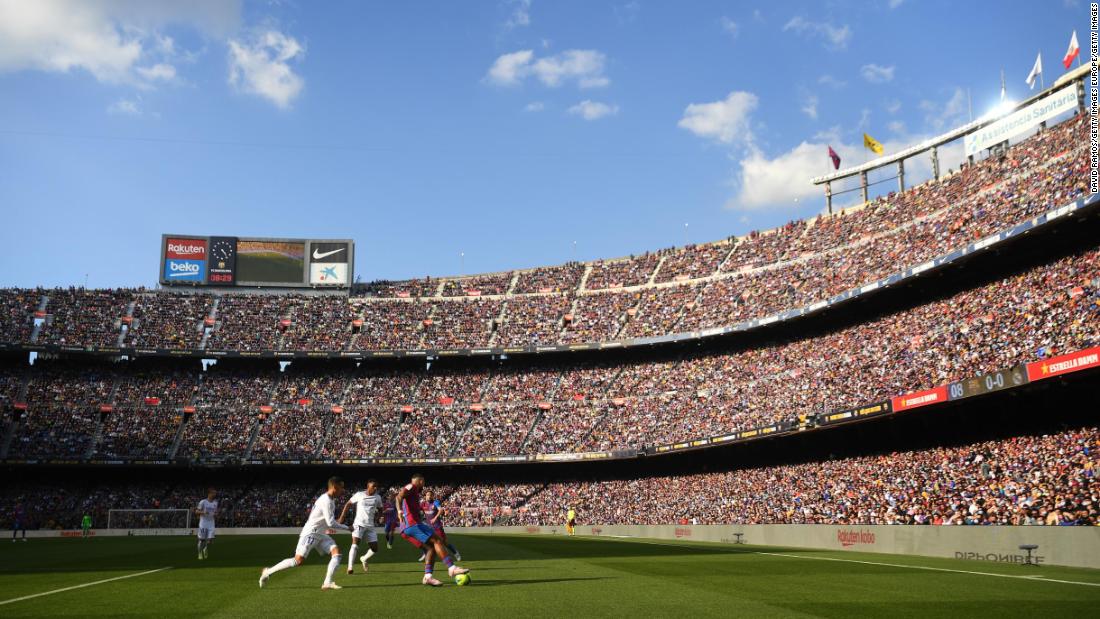 For the very first time in the club’s history, Barcelona’s iconic stadium will be rebranded as the Spotify Camp Nou.

The brand will also appear on the front of the men’s and women’s team shirts for four seasons from the 2022-23 campaign.

Rakuten, an online shopping company, has sponsored the men’s team since 2017, while tools and storage company Stanley Black & Decker became the official shirt sponsor of the women’s team in 2018.

Up until 2006, when it agreed a deal with UNICEF, Barcelona shirts were iconic for not featuring any sponsors.

“The partnership […] is a first-of-its-kind for the club in bringing the worlds of music and football together, giving a global stage to players and artists […] and building new opportunities to connect artists and players with fans around the world,” the club said in a statement.

The agreement is now subject to ratification at the Extraordinary Delegate Members Assembly that’s due to take place on April 3.

Neither Barcelona nor Spotify confirmed the financial details of the deal.

Years of financial mismanagement has forced Barça to cut loose many of its most valuable assets — including former captain Lionel Messi, the greatest player in the club’s history.

Last year, President Joan Laporta revealed the full extent of the club’s “very worrying” situation, stating that Barcelona were over $1.5 billion in debt with a negative net worth of $515 million.

The club will hope the new deal can help kickstart a new era for the club as it looks to rebuild its young squad.

Barcelona is currently third in La Liga and is starting to improve after a terrible start to the season.

Last year, Spotify founder Daniel Ek expressed an interest in buying English Premier League side Arsenal, but the current owners did not want to sell.

The streaming service, which has built an empire of 172 million subscribers in 180 countries, also found itself in the middle of controversy this year over podcaster Joe Rogan.

Artists such as Neil Young and Joni Mitchell asked Spotify to pull their music from the platform because Rogan had made frequent false and inaccurate claims about Covid-19 and vaccines on his very popular podcast, “The Joe Rogan Experience.”

Following the backlash, Spotify said it would add a content advisory to any podcast episode that includes discussion about Covid-19.