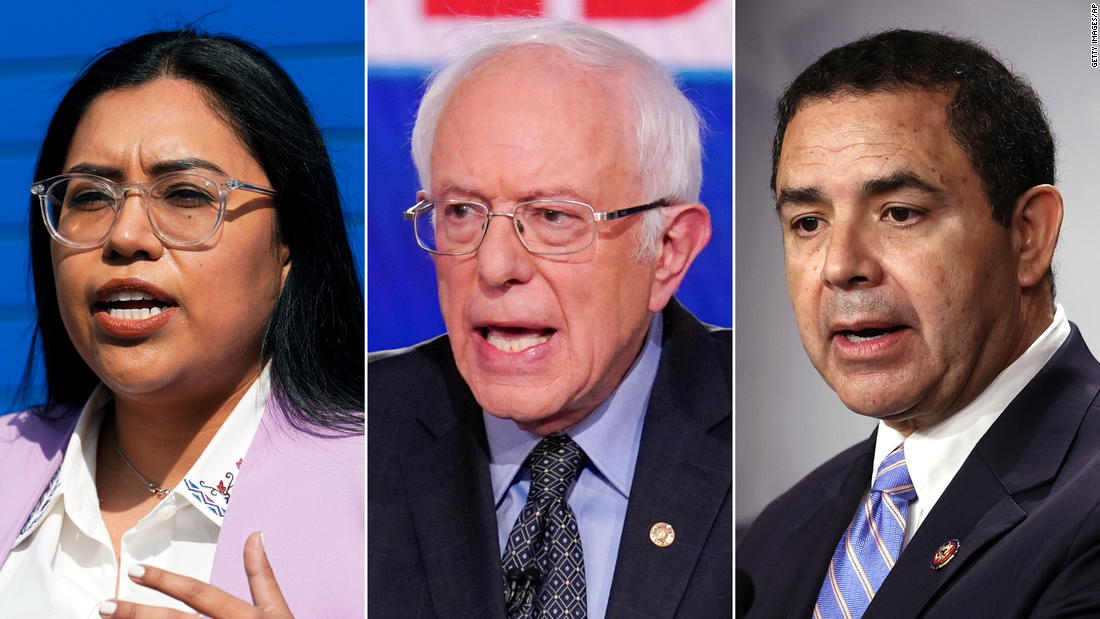 Cisneros, 28, fell narrowly short of defeating Cuellar in a 2020 primary decided by fewer than 3,000 votes. Cuellar, who has represented the district since 2005, is an aggressive critic of the progressive left and last remaining Democrat in the House who has consistently voted against abortion rights.

“Jessica knows that real change comes from the bottom on up, not the top on down,” Sanders said in a statement. “She will fight for the working class in Congress and together we will build a movement to transform this nation so that it works for all our people.”

The race took a twist in mid-January when the FBI launched searches of Cuellar’s home and campaign headquarters in Laredo. The specific purpose of the raids remains unclear, but Cuellar has said that the investigation “will show that there was no wrongdoing on my part” and would not deter him from seeking another term.
“Let me be clear: I’m running for reelection and I intend to win,” Cuellar said in a video statement shortly after the FBI confirmed it was “conducting court-authorized law enforcement activity” at the locations.
Sanders also endorsed Cisneros over Cuellar two years ago. Since then, Cuellar has emerged as a vocal adversary of leading progressives and has accused the party’s left flank of alienating voters in South Texas. Cisneros was recruited to run by Justice Democrats, the group that first backed Rep. Alexandria Ocasio-Cortez of New York in her 2018 primary. The group has been a frequent target of moderate incumbents like Cuellar.

“We’re taking on Cuellar’s Republican corporate backers with a positive vision for South Texas which includes delivering on Medicare for All, reproductive freedom, and good-paying union jobs,” she said.

Ocasio-Cortez campaigned over the weekend for Cisneros and Democrat Greg Casar, who is running in a 35th Congressional District primary. Its current representative, Democratic Rep. Lloyd Doggett, is seeking a shift to the newly created 37th District.

Cuellar ripped Ocasio-Cortez ahead of her visit, calling the New York Democrat a “far left” celebrity out of touch with the district.

Ocasio-Cortez fired back in a tweet, saying, “Did you know that Cuéllar is an anti-choice Dem in a state where women & LGBTQ+ repro rights are under attack? This district has only gotten bluer, too. It’s 2022. We really don’t have to settle for rock bottom. Vote @JCisnerosTX.”

Cuellar won reelection to the seat in 2020 by nearly 20 percentage points over Republican Sandra Whitten, who is seeking another shot at the seat in a crowded GOP primary field.