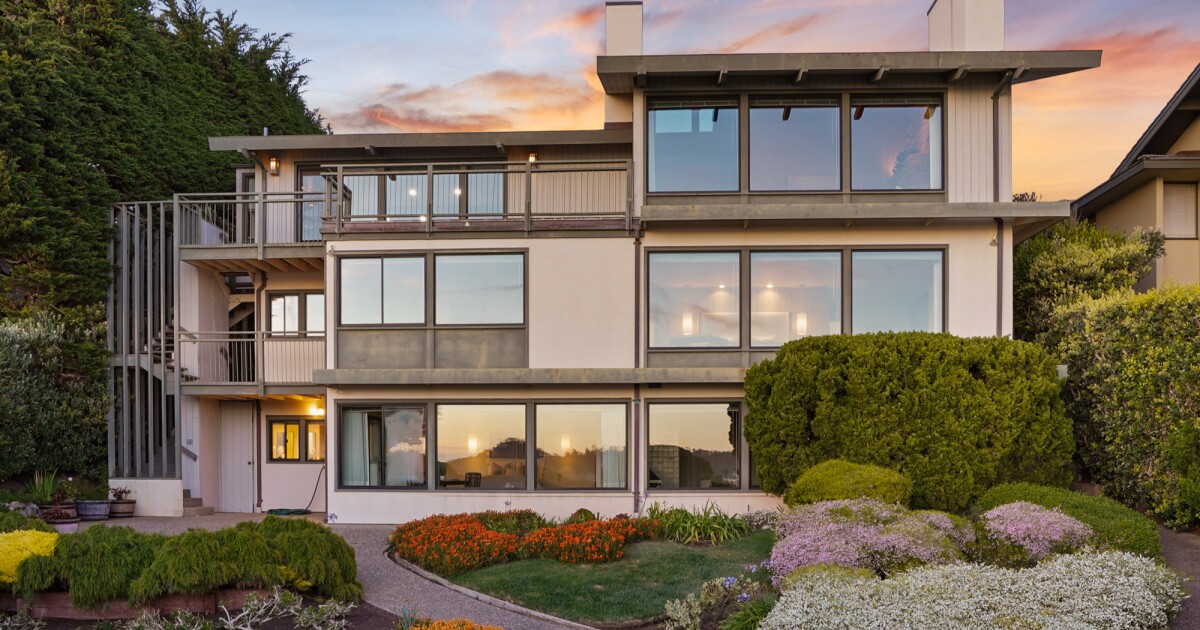 A few months after her death, Betty White’s longtime home on the coast of Carmel-by-the-Sea is up for grabs at $7.95 million.

It’s the first time the property has hit the market since White and her husband, game show host Allen Ludden, paid $170,000 for the raw land in 1978. They finished the house three years later, commissioning a three-story retreat with a design palette of wood, stone and glass.

Perched on a bluff above Ribera Beach, the house is tucked into the hillside and barely visible from the street. Inside, vaulted ceilings hang over a wall of stone in the great room, which overlooks the ocean through walls of windows.

A third-story deck overlooks the backyard, where a winding path descends to the beach through lush, whimsical landscaping. The property covers about a quarter of an acre.

A television pioneer, White starred in countless game shows and sitcoms such as “The Mary Tyler Moore Show” and “The Golden Girls,” eventually earning the nickname “The First Lady of Television.” Her career spanned seven decades, and her many accolades include eight Emmys, three SAG Awards and a Grammy. In 1995, she was inducted into the Television Hall of Fame.