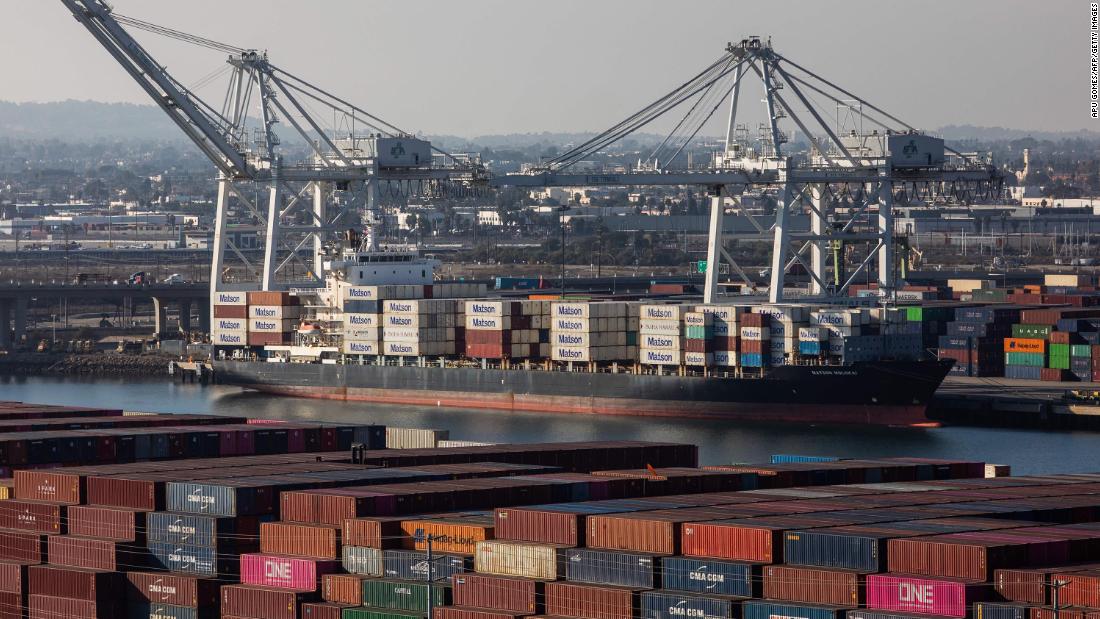 A trade agreement with the United Kingdom announced Tuesday aims to strengthen the relationship between the two allies. It came in advance of President Joe Biden’s trip to Europe in an effort to project a unified front against Russia for its invasion of Ukraine.

Under the trade deal, the US agreed to partially lift the tariffs on steel and aluminum produced in the UK that were put in place by the Trump administration in 2018. In return, the UK will lift its retaliatory tariffs on more than $500 million in American exports, including whiskey, motorcycles and various agricultural products.

It’s the latest move by the Biden administration to bolster ties with trading partners while combating what it sees as China’s unfair trade practices. The agreement with the UK also limits British exports from a company that is owned or controlled by a Chinese entity. A similar deal to ease steel and aluminum tariffs was made with the European Union late last year.

The Trump administration argued that the tariffs were needed to protect the American steel and aluminum industries from an oversupply of cheap imports. But the tariffs also made steel and aluminum more expensive for American buyers. The new deal addresses global excess capacity by capping the amount of duty-free British imports allowed into the US.

The deal “is a testament to that ambitious goal and will benefit America’s steel and aluminum industries and workers by protecting manufacturing, as well as consumers by easing inflationary pressures in the US,” Commerce Secretary Gina Raimondo said in a statement Tuesday.

In a separate policy change announced Wednesday, the Office of the US Trade Representative said it is reinstating some exclusions from the tariffs imposed on Chinese-made goods that were put in place under the Trump administration.

The agency said that 352 of the eligible exclusions were reinstated retroactively to October 12, 2021, and will expire again after December 31, 2022.

Many American businesses have been waiting on the reinstatement of these exclusions for months, arguing that supply chain disruptions and rising inflation make it even more important that they receive some relief.

The Biden administration had announced in October that it would reinstate some of the waivers. More than 2,000 exclusions were granted under the Trump administration but only 549 are eligible for an extension. A recent letter from a bipartisan group of senators urged the current administration to make more companies eligible for the exclusions.
Despite the relief delivered this week, a majority of the controversial tariffs put in place by the Trump administration on $350 billion worth of Chinese-made goods remain.
Biden is facing pressure from the business community to lift the Trump-era tariffs. But China failed to meet purchase targets it had promised under what’s known as the Phase One agreement, which was signed by then-President Donald Trump and Chinese President Xi Jinping, falling more than $213 billion short of its commitment. Biden suggested earlier this year that’s the reason he’s leaving the tariffs in place.