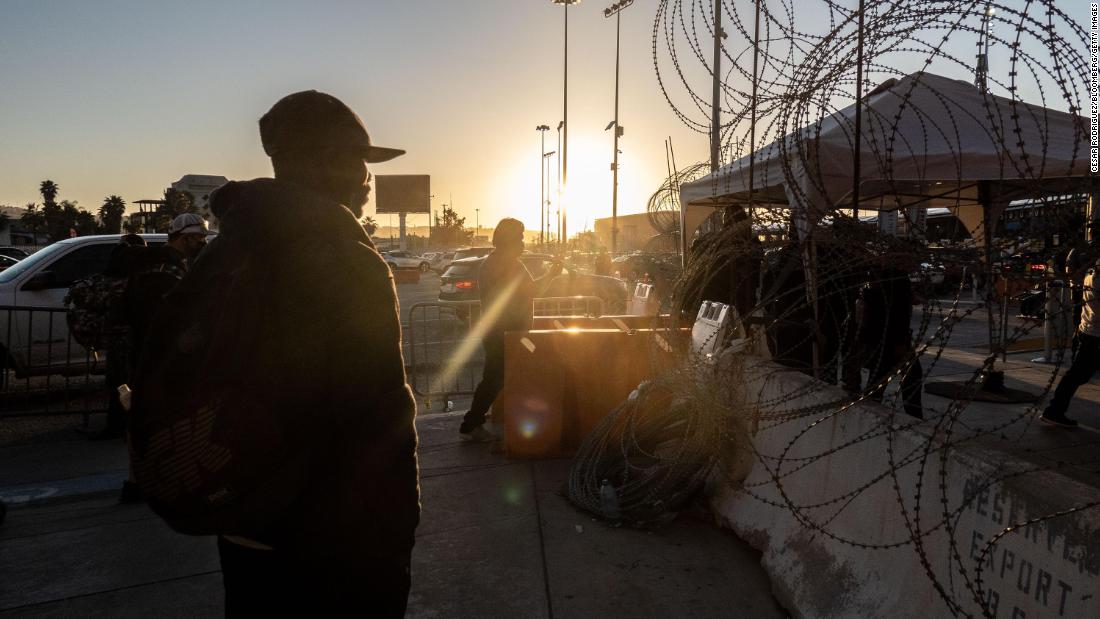 The US Centers for Disease Control and Prevention is finalizing its assessment of the public health authority, known as Title 42, according to CDC spokeswoman Kathleen Conley, and is expected to announce a decision this week on whether to repeal, modify or extend the authority.

The public health authority, known as Title 42, was invoked at the onset of the coronavirus pandemic. According to US Customs and Border Protection data, there have been 1.7 million migrants sent back to Mexico or their origin country since March 2020.

The Biden administration has been under mounting pressure from Democrats and immigrant advocates to end the authority, which critics say was never justified by science and puts migrants in harm’s way.

If the order is lifted, it is expected to have immediate ramifications. Homeland Security Department officials are preparing for a worst-case scenario of up to 18,000 people trying to cross the border daily, a number sure to overwhelm the already full immigration facilities.

Additional temporary facilities are being set up as well as contracts for transportation, the official added, to be prepared for the varying scenarios.

“This what we do at DHS. We plan for all kinds of contingency events whether they’re high probability or low probability,” another Homeland Security official said, according to previous CNN reporting.

Between 30,000 to 60,000 people are estimated to be in northern Mexico waiting to cross the southern US border, according to a federal law enforcement official.

Intelligence assessments have found that people are in a “wait and see” mode and trying to determine when they have the best likelihood of entry into the US, the official said, adding that some of the 30,000 to 60,000 people could seek entry within hours if the CDC rule is repealed.

The White House has held interagency meetings about the intelligence and the situation more broadly, the official said.

“The key is whether they perceive whether they have a higher likelihood to be successful,” the official said.